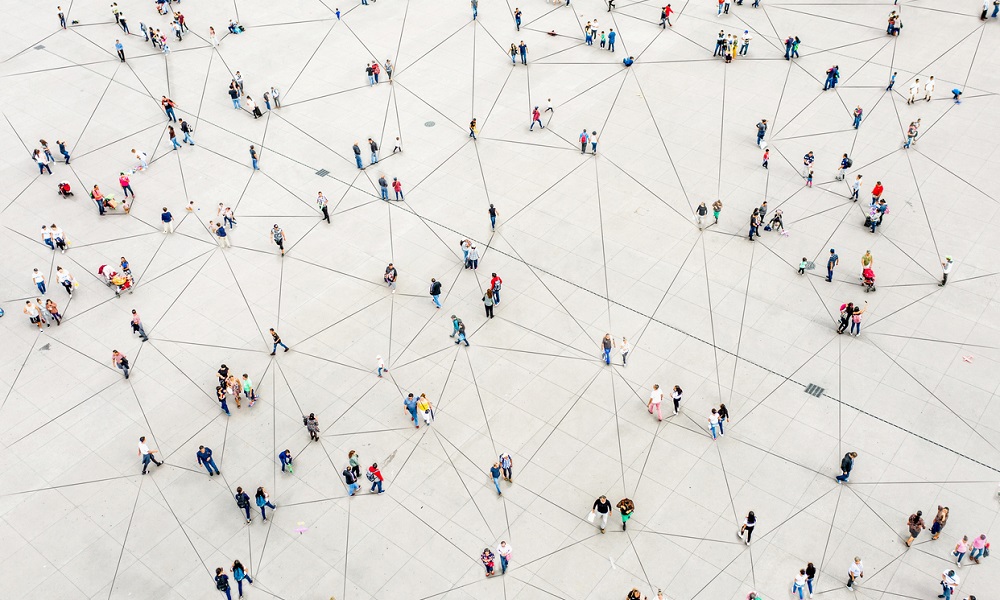 Whether it is in the context of an M&A transaction, due to the normal course of a particular business, or to legal restrictions on the existence of sole member companies, non-listed companies frequently end up having minority stockholders in their capital. Although there are cases in which majority and minority shareholders coexist without any incidents, there are other cases in which this coexistence is not possible, for example because of opposing economic or business interests, lack of participation by the minority shareholders, or simply because the minority shareholders never show up and their whereabouts are unknown. In these last scenarios, whoever holds a majority stake in a company might explore the possibility to remove third parties’ minority interests. Several reasons favor this decision, such as integrating the company to the purchaser’s business group or benefit from the corporate governance ease derived from owning 100% of the stock capital of the company.

Due to the influence of U.S. corporate law, particularly of certain states that are known for protecting the freedom and flexibility of corporate law systems, we have evidenced certain developments, to a greater or lesser extent, regarding squeeze-outs of minority shareholders of non-listed companies in jurisdictions of a civil law tradition, as discussed below for Brazil, Chile, Colombia, Mexico and Peru. We must clarify that this comparative paper does not address the subject of squeeze-outs of minority interests or compulsory sales of shares of listed companies under securities market rules or in tender offers at stock exchanges.

Chilean law contains several provisions allowing the exclusion of a company’s stockholder. Article 2,087 of the Civil Code sets out a common ground applicable to all companies, whereby if due to a change in circumstances the company’s corporate purpose cannot be fulfilled without increasing contributions, any dissenting member may withdraw, and will be forced to withdraw if the other members demand its exclusion.

In relation to partnerships (general partnerships or limited liability companies), the Commercial Code sets out certain cases in which a shareholder may be squeezed out. A squeeze-out may be carried out when there has been a breach by a member/partner of their obligations towards the company or towards the other members/partners, such as a delay in delivering its contribution to the company, using common funds for private transactions or using of the corporate name in its own business transactions. Additional grounds for a squeeze-out may be stipulated in the bylaws.

For Chilean SpAs or “companies by shares” (sociedades por acciones), which are companies that a have more flexible system than Sociedades Anónimas (corporations), article 435.2 of the Commercial Code expressly provides that the bylaws may state that “under certain circumstances the sale of shares may be required of some or all of the shareholders, to another shareholder, the company, or third parties”. The effects, obligations and rights for the shareholders must be stipulated. In short, for a SpA, if the bylaws expressly so stipulate, any given shareholder may have to make a compulsory sale of their interests.

Below we provide a brief account of the statutory law, judicial decisions and legal doctrine on the subject of squeeze-outs in the Colombian legal system.

An important precedent on the matter is Law 510 of 1999 which allowed, following a favorable decision of the shareholders, companies with shares registered on a public securities market to repurchase their shares from any shareholder who had not exercised its rights for 20 years. However, finding it contrary to the inviolability of private property and to the right of defense of minority shareholders, the Constitutional Court held that provision contained in article 70 unenforceable, and removed it from the legal system.

Despite the Constitutional Court’s decision regarding article 70 of Law 510 of 1999, more recently, the Superintendence of Companies (Superintendencia de Sociedades), an administrative agency with jurisdictional authority, has recognized in its judicial rulings and its legal doctrine, the possibility to remove minority shareholders under certain legal mechanisms set out in the law which, if implemented, would have the practical effect of squeezing out minority shareholders. These include a cash merger and the transfer en bloc of assets, which we will mention below, together with other mechanisms defined in Colombian law which achieve the same purpose.

Law 1258 of 2008 which introduced into Colombian law the legal form of the simplified stock corporation (sociedad por acciones simplificada), allows the shareholders of a company absorbed in a merger to receive cash as unique consideration, instead of receiving shares in the absorbing company. Accordingly, the majority shareholder could consolidate its ownership of the whole share capital of the absorbing company, whereas the minority shareholders would simply receive cash in exchange for being squeezed out of the company's share capital. To perform a merger of this type, the majority member must have the majority stated in the bylaws.

b. Transfer en bloc of assets

d. Statute of limitations for non-exercise of economic and political rights

Because the rights conferred by the shares of a company are rights with an economic content, the company may plead to a judge (by bringing action or raising it as an exception) that any economic and political rights that have not been exercised by a minority shareholder during the applicable statute of limitations period (10 years) have become statute-barred.

In Mexico, certain grounds for removal of members or partners may apply depending on the type of company concerned. The most commonly used Mexican legal forms for commercial companies are a corporation (sociedad anónima or S.A.), a limited liability company (sociedad de responsabilidad limitada or S. de R.L.), and an investment promotion corporation (sociedad anónima promotora de inversión or S.A.P.I.), this last company is a type of S.A. company.

In a limited liability company, which is treated as a partnership under Mexican law, there are specific grounds for removing members determined in the law. Article 50 of the General Law on Commercial Companies (LGSM), applicable to S. de R.L. limited liability companies under Article 86 of the same law, provides that members of limited liability companies may be removed from the company on the following grounds: (i) using the firm or share capital in their own business transactions, (ii) infringing the bylaws, (iii) infringing any legal provisions applicable to them, and (iv) engaging in fraudulent actions or willful misconduct against the company.

At a corporation, which is treated as a capital company under Mexican law, there is only one specific ground for removal of shareholders expressly stipulated in the law. Namely, Article 118 and the following articles in the LGSM define a mechanism for removing from the company any delinquent shareholders that have not paid for any outstanding subscribed shares within the agreed time period.

In practice, some of the grounds for removing shareholders that are commonly stated in the bylaws of S.A. companies are: (i) competing with the same trading operations as the company or being a member or shareholder of a competitor, (ii) failing to attend shareholders’ meetings for a specific length of time, and (iii) not performing obligations relating to a compulsory sale of shares as defined in the company's bylaws. These are a few examples but not a complete list of possible grounds for removal.

As yet there are not enough court precedents or decisions in Mexico to help interpret the provisions mentioned and how they are to be applied in practice.  We consider, however, that it is important in the practice of corporate law to apply the provisions suitably. In other words, companies should avoid approving ad hoc bylaw amendments to remove a group of shareholders by approving a reform which is intended right from the start to apply only to that group.  If a ground for removal of shareholders has been stated in the bylaws from when the company is created or before any dispute among shareholders, the application of a ground of this type will be more likely to stand up to court scrutiny should the case arise.

The comments made here also apply for companies having the form of a S.A.P.I.

The Peruvian General Companies Law does not sets forth any express mechanism allowing a majority shareholder to require a compulsory sale or a squeeze-out of minority shareholders. That said, a group of Peruvian legal commentators take the view that a squeeze-out is viable arguing that, under certain circumstances, it may be implemented without breaching the ownership right set out in the Peruvian Political Constitution or without being held an abuse of law.

However, in addition to structuring a squeeze-out so that it does not breach an ownership right or give rise to an abuse of law, it is important to note that other potential barriers exist under Peruvian corporate law, such as (i) the inability to reduce capital where it only affects a few shareholders without having the affirmative vote of all the subscribed voting stock; (ii) the inability to impose economic obligations on shareholders without their consent; (iii) the absence of the concept of a cash out merger, and (iv) conflict of interest provisions in corporate law which prevent a shareholder from voting in a conflict of interest scenario (e.g. transferring assets to a company controlled by that shareholder).

In light of the comments made above and in the absence of any binding precedents that would provide greater legal predictability, there can be no assurance that a squeeze-out will be exempt from risk. Despite this fact we list below a few examples that have been examined and held potentially viable in the past. We do not recommend implementing these concepts, which are subject in each case to a specific analysis of the documents of incorporation of the company, the facts and conduct of the parties, and their viability from a tax standpoint and the continuity of the business:

a. Winding-up and liquidation

Pass a resolution with the stipulated majorities on the company’s winding-up and liquidation in which the majority shareholder will obtain the assets needed for the business.

b. Grounds for removal

Amendment of the bylaws to include grounds for removal that will enable the removal of a minority shareholder to be approved in the future (no participation, conflict of interest, among others).  Obviously, the ground under which the removal is resolved must be designed after approval of the amendment and must be objective.

c. Reduction and increase of capital

This transaction involves a momentary reduction of the share capital to zero followed immediately by an increase in capital due to new payments in which all shareholders are granted the right to subscribe new shares. This mechanism has been explored in cases where the minority shareholders are not active (e.g. successive heirs or no known address). This structure is easier to support if the reduction is required by law.

Brazilian law allows squeeze-outs of minority shareholders in various provisions set out in the Law on Companies by Shares (Law no 6.404/76, as amended) and in the Brazilian Civil Code (Law no 10/406/2002).

Moreover, in the specific cases of limited liability companies, the Brazilian Civil Code (art. 1.085) expressly authorizes in a few cases for a majority of the members to determine the removal of minority members where they consider that they are jeopardizing the continuity of the company as a result of confirmed serious actions.