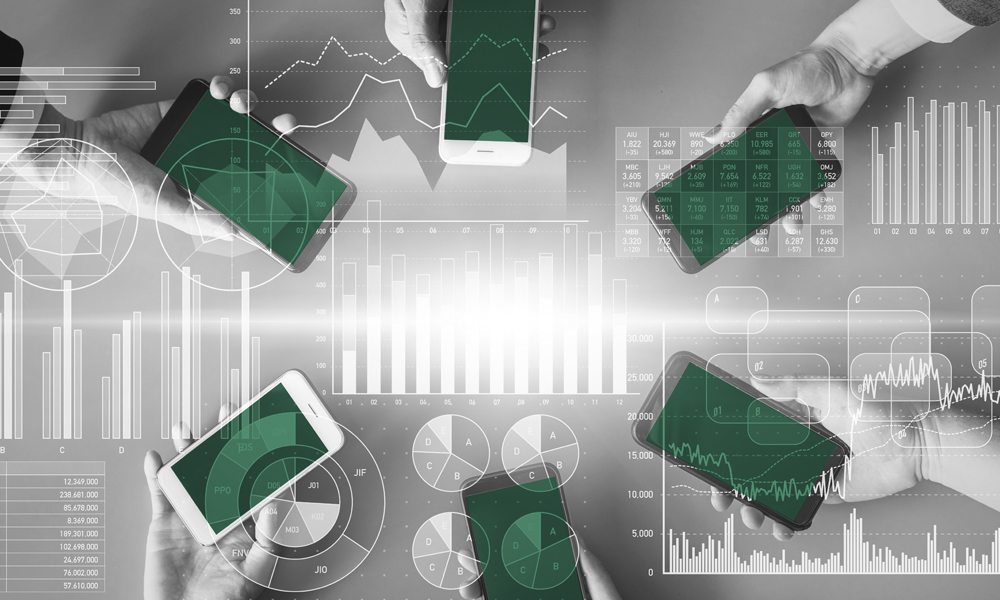 The different jurisdictions in the Latin American region are proposing new regulatory schemes on 'fintech' matters. In this article we analyze the main regulatory trends in Chile, Colombia, Mexico, Peru and Brazil.

In 2017, a report published by Mckinsey & Company made a prediction which could now be said to have come true: “Change is rarely comfortable, but as market evolution in the United States and other countries illustrates, the forces of change are inevitable.  Banks are better served getting ahead of and defining the trend rather than waging a futile battle to repel it.” The current circumstances and the boom in the digitalization of all services (including financial services) provide the right setting for a brief analysis of the regulatory progress made in relation to fintechs.

The entities operating in the financial industry are dynamic and in a state of constant change, in terms of the business models they implement (embracing innovation to develop new technology) and of having to adapt to the new regulatory frameworks that are imposed. The model that has been imposed in recent years places the customer at the center of the structure of services and products in a multichannel environment available at all times.

It is interesting to see the new regulation programs being put forward across the region (sometimes similar sometimes not), but all converging on one point: the fintech reality goes beyond geographic boundaries and the expectations of something which a few years earlier was not on the legislative agenda of the main Latin American players.

A description is needed of a few of the concepts covered in the regulations. On the one hand, open banking and application programming interfaces have gained momentum and moved from being purely technical capabilities to gaining considerable importance in business; they are defined as an innovative model for the financial industry from both a competition standpoint and from that of customer participation. Crowdfunding continues to attract the regulators’ attention in relation to the risks that it carries and the approach taken to it in the legislation. Moreover, the payments, electronic wallets, and lending on digital platforms segments are a few of the areas that have had the most coverage and are starting to be a trend for regulators. Lastly, the remaining element to complete the picture of the regulatory framework in the region is emphasis on authentication and security requirements.

There are two prominent trends that we can report in this document. The first concerns Brazil, which is moving ahead in open banking and setting the future trend for the Pacific Alliance countries (Colombia is another player in this field); whereas Mexico, Chile, Colombia and Peru are strengthening their regulatory models to include fintech laws or related regulations on mechanisms like crowdfunding. The proactive and dynamic approaches by regulators have proved to be an effective response to the reality of the current financial market.

The Chilean Financial Market Commission, after a long period of preparation and internal debate, submitted a draft bill for the Fintech Law, to the Ministry of Finance in November 2020. The wording of the draft bill was published by the Financial Market Commission itself on February 9, 2021, and confirmed that the regulator’s aim will be to promote the enactment of a legal framework for crowdfunding and other fintech activities related to the securities market, through the creation of a register of financial services providers on which anyone intending to provide services as crowdfunding platforms, alternative transaction systems, order routers, custodians of financial instruments and loan advisors must be registered.

Currently, the Ministry of Finance is working on the bill which will be laid before the Chilean congress to be debated. It has expert advisors working specifically on this task, including a former commissioner of the CMF itself.

On the subject of the growth of the fintech industry, in May 2021 the findings of a study conducted by Finnovista (engaged in innovation and building startups ), in conjunction with the Ministry of Finance and the Inter-American Development Bank were published, showing that the fintech industry has experienced 38% growth year on year, rising from 112 companies in July 2019 to 179 in March 2021, not including foreign fintechs with operations in Chile.

According to the published data, the industry continues to be led by the payments and transfers segment which accounts for 23% of the identified startups, followed by business finance management (20%), loans (13%) and business technology for financial institutions (10%).

The fintech industry is still on the rise. Notably, the payments, electronic wallets, lending on digital platforms segments and the usage of crowdfunding platforms to fund productive projects are a few of the areas that have experienced the highest growth. In addition to this, the Colombian supervisor has allowed alliances between supervised institutions and cryptoasset exchange platforms to be tested in its sandbox .

In this context, the end of 2020 and beginning of 2021 saw major steps forward regarding the legislative framework applicable to certain segments of the fintech industry. In public policy, priority has been given to updating the regulations on the payments industry, due to considering it a fundamental element of the strategy for financial inclusion and to encourage innovation. Decree 1692, published at the end of 2020, adopted a new regime for low value payments systems, which recognizes the reality of the payments infrastructure and its new players. This status as a policy priority was also reiterated with the recent submission of Bill 413 in 2021, having as one of the primary pillars the modernization of legislation on the payments system, including new powers in this area for the country's government.

Moreover, a public/private dialog on open banking is already up and running, an area that has seen advances made in other countries, geared towards the adoption of a program that enables technical and smart use of data, as a way of encouraging competition and ensuring that more citizens have access to financial and transactional services in line with their needs.

These developments are accompanied by the usage of a regulatory sandbox, a program adopted in Colombian legislation the year before and implemented in Decree 1234, which seeks to provide incentives for innovation by creating environments for testing and licensing in stages.

The fintech industry is in a growth phase in Mexico, particularly over the past year due to a greater use of digital services for online shopping as a result of the COVID-19 pandemic. Simultaneously, over a period that started in 2018, the government has published the regulatory provisions in the Law on Fintech Institutions (the Fintech Law), which regulates crowdfunding institutions and electronic money institutions (Fintech Institutions), together with innovative models (the sandbox program) and transactions by credit institutions with virtual assets.

The general provisions on application programming interfaces in standardized form were also published, under article 76 of the Fintech Law. Those provisions require financial institutions, money transfer companies, credit reporting agencies, clearing houses, Fintech Institutions and companies authorized to operate with innovative models to create application programming interfaces in standardized form, providing access and connection to other interfaces developed or administered by these institutions to share, among other items, their data related to the use of a product or service, including deposit accounts, loans and withdrawal mechanisms acquired for customers of these institutions.

Moreover, at the beginning of this year, the provisions on electronic money were published, determining, among others, the authentication and security requirements for customer interaction channels to protect confidentiality and prevent vulnerabilities.

The aim of these provisions and those to follow, particularly for the sandbox, is to enable development, growth and sophistication for the industry in an orderly fashion.

When talking about the regulatory environment for fintechs in Peru, it is important to mention two important initiatives by the two local regulators: The securities market authority (Superintendency of the Capital Markets or SMV), and the financial and insurance industry authority (Superintendency of Banking, Insurance and Peruvian Pension Funds Administrators or SBS).

On May 20, 2021, Peru joined the list of countries in the Latin American region which have specific crowdfunding regulations. The Regulations on Crowdfunding Activities and Crowdfunding Management Companies, published by the SMV, regulate activities of this type where they are carried on within the country, together with the procedures and requirements laid down for crowdfunding management companies to be set up and operate. In this article we analyze the key points of the new regulations.

According to the SMV, the legislative framework was designed around the international standards applying to crowdfunding, as well as in line with the governing principles of the regulatory policies of the countries in the Pacific Alliance.

We believe that the legislative framework proposed by the SMV will diversify the funding alternatives for micro, small and medium-sized companies, which in turn will prompt investment in startups.

On May 26, 2021, draft legislation was published by the SBS, to be submitted for public comments, in relation to conducting activities with innovative models over a specific period. Those regulations set up a financial regulatory sandbox allowing tests for twelve-month periods initially, subject to conditions determined by the regulatory agency.

The sandbox regulations are a milestone for local regulators because they will allow opportunities to be given for companies, for regulators and also for the development of the markets, by providing spaces where companies can validate the feasibility of their initiatives before making complete investments. This evidences an ongoing effort to encourage innovation and the digital transformation of companies in the industry.

In Brazil, two major initiatives of the Central Bank (BACEN) are revolutionizing the Brazilian financial and payments systems: the Open Banking and the PIX. These initiatives are part of the BACEN’s work agenda called “Agenda BC#”, which is targeted primarily at restructuring and modernizing the financial and payments systems, to encourage competition, financial citizenship, cheaper credit and the creation of more modern legislative frameworks. This is giving momentum to the country’s fintech and bigtech market, by creating a host of opportunities for the development of new products and services.

The Open Banking is the exchange in standardized form of data, products and services by opening up and integrating platforms and infrastructure, with the underlying premise that the true owner of the data provided and circulated in the financial and payments system is the customer, not the financial institution that possesses them.

The participants in the Open Banking will be financial institutions and payment institutions (the largest ones, mandatorily, and the others, voluntarily), customers (by consent given expressly and specifically for this purpose) and all other entities interested in sharing data and services.

The Open Banking is being implemented in gradual opening-up and integration phases since February 2021, which started with the exchange of data and information among participants, to be followed by products and services (the last phase is scheduled to be implemented on December 15, 2021).

As with the Open Banking, large financial institutions and payment institutions are obliged to participate in the PIX whereas it is optional for the other ones.

In its first phase (which has already started), the following functionalities are available: QR code/link, entering passwords and manual entering of data. In the future (between 2021 and 2023), it will also be possible to make PIXs by using mobile proximity payments, QR code payments, payment requests, automatic debits and payments with documents.

Because it has a neutral, open and interoperable structure maintained by the BACEN itself, the PIX is expected to be integrated with the Open Banking shortly, specifically at the third phase of the Open Banking’s implementation time frame, when instant payment services will be included in the Open Banking system.