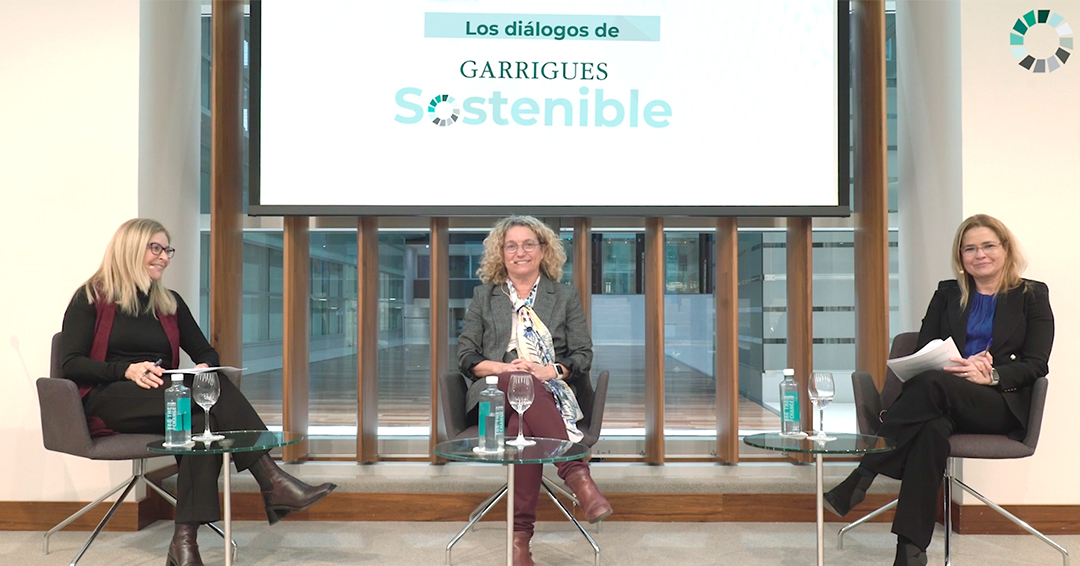 Sustainability in labor relations, which covers aspects such as respect for human rights and responsibility in the value chain of companies, is occupying an increasingly bigger strategic space in corporate agendas. Moreover, future European initiatives on due diligence and decent work, as well as legislative developments in this regard, which are due to be brought in in Spain in 2022, has heightened interest in the subject.

This topic was the focus of the last Garrigues Sustainable Dialogs webinar, entitled Labor relations and the commitment to sustainability. The partner in charge of Sustainable Garrigues, Rosa Zarza, was able to discuss these issues with Clara Arpa, president of the United Nations Global Compact Spain.

The role played by the United Nations Global Compact and the Sustainable Development Goals (SDGs) was examined at the event, identifying the goals linked to safeguarding human rights and labor relations. As Rosa Zarza pointed out, of the 10 principles of the Global Compact, up to six of them (the first six) are related to human rights and employment issues; and as far as the SDGs are concerned, goals 5 and 8 are the ones that are most closely related to this area, although they are also related to goals 1, 10 and 11.

The scenario in Spain

Contrary to the idea that some companies have, that this concern with respect for human rights has nothing to do with them, Clara Arpa underscored the importance of Spanish companies being vigilant to prevent these rights being infringed at some stage of the value chain. This is particularly true given the reliance of countries in which the standards of respect for human rights are possibly not being met. To which Rosa Zarza added that in Spain only one in four companies has a human rights policy in place, so there is still a long way to go.

Clara Arpa also pointed out another important aspect in the debate: “We must try to ensure living wages because it is important for all of us, to maintain the system, which has to be solid”. However, she expressed her concern that companies often have a narrow margin, since they are competing with countries in which workers’ minimum rights are not respected.

Regarding the new regulations, the European Parliament resolution of 10 March 2021 on corporate due diligence and corporate accountability was also highlighted during the event, to which an annex has been attached with specific recommendations on the content of the proposal for a directive that is called for.

Moreover, as Rosa Zarza underscored, it is expected that each Member State will set up one or several national bodies to oversee the transposition of the directive into domestic legislation and compliance by companies with the obligations resulting from the directive. And naturally, provision will be made for sanctions in the event of infringement of the obligations.

Clara Arpa was optimistic about the new regulation: “Every crisis is an opportunity and in this case, the new legislation is a great opportunity for Spanish companies. Companies in Europe now have the chance to become less dependent on third countries”.

At national level, Rosa Zarza indicated that the legislative initiative driven by the Ministry of Social Rights and the 2030 Agenda is currently underway, which, in accordance with the Government’s Annual Legislative Plan for 2022, will be set out in a law protecting human rights, sustainability and corporate due diligence in transactional corporate activities.