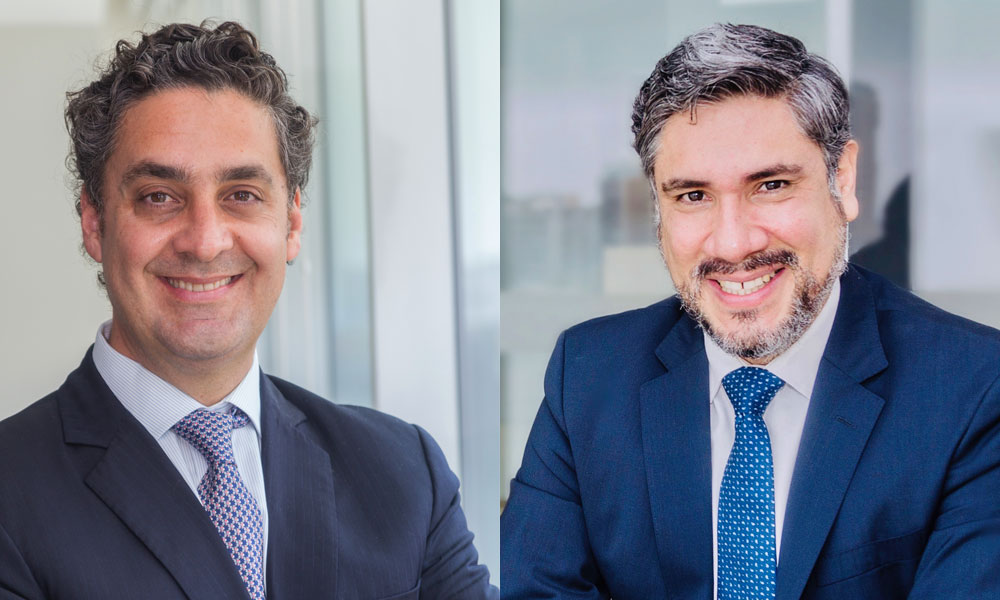 Garrigues has launched the anti-trust, economic regulation and intellectual property practice in Lima, bringing on board lawyer Ivo Gagliuffi and economist Javier Coronado. With more than twenty years’ experience in the public and private sector, the pair will coordinate the practice and provide an integrated approach, from both a legal and economic standpoint, giving it a competitive advantage in the Peruvian market.

The new area will cover matters relating to free competition, economic regulation, impact analysis, unfair competition, compliance, disclosure, consumer law, international trade defense, intellectual property, trademarks, patents and new technologies. The practice will harness synergies with strategic areas at Garrigues, such as corporate law, M&A and capital markets, in order to advise on prior clearance of business concentrations; also with public law, to defend clients in dealings with the authorities; and litigation and international arbitration, to provide expert opinions with a significant financial content.

Javier Coronado, who joins as economic director, has served as Deputy Minister for Communications (2015 and 2016), a member of various regulatory bodies, and, between 2013 and 2020, as Manager of Economic Studies and General Manager of Indecopi, during which time he bolstered the antitrust authority and established the OECD Regional Center for Competition (RCC) in Peru.

In the private sector, both professionals are noted for their lengthy careers: Gagliuffi has worked as a partner at major law firms such as Ferrero Abogados (today PPU Legal) and Lazo & De Romaña Abogados, while Coronado has worked in the antitrust and intellectual property practices in Spain and Europe at different consulting firms (Nera Economic Consulting and Charles Rivers Associates International). They have both authored numerous scientific and informative publications.

Ivo Gagliuffi and Javier Coronado expressed their satisfaction in joining Garrigues, highlighting “its prestige worldwide and specifically in Peru, and its regional platform in Latin America”, enabling a better service to be offered to clients. Javier Ybáñez, the partner in charge of Garrigues’ Latin American practice emphasized “the importance of bringing on board these eminent professionals and their dual legal and economic perspective”.