Poland v. PL Holdings: another milestone for the future of intra-EU investor-state arbitrations

Poland v. PL Holdings: another milestone for the future of intra-EU investor-state arbitrations 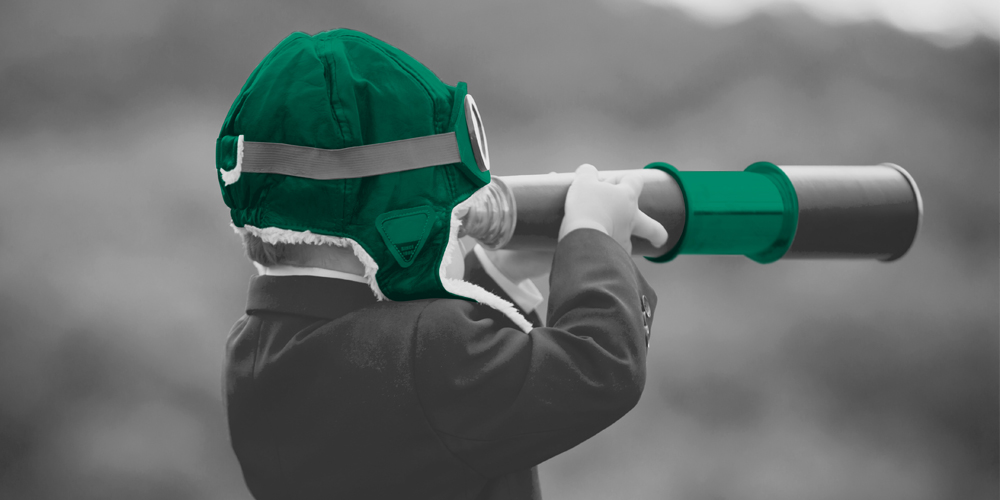 In April 2021, an opinion of the Advocate General of the Court of Justice of the European Union (CJEU) was issued in a case expected to become a milestone for intra-EU investor-state arbitration. While many had hoped that there would be a place for arbitration in the EU under certain conditions, those hopes were dashed by the Court's latest ruling.

Furthermore, as the case involves a €150 million dispute between Poland and PL Holdings, a Luxembourg-based company ordered by the Polish authority in 2014 to sell 99% of its stake in a Polish bank, the judgment will have some far-reaching implications for the almost closed case.

The 'Achmea' judgement as a precedent

Many things have been said after the Achmea judgment of the CJEU. Some have even claimed that this is the end of intra-EU investor-state arbitrations. However, was that really the case?

In addition, the case was the last hope for Poland, as there is an arbitration award worth PLN 653.639.384 (approximately EUR 150 million) hanging on the CJEU’s findings. The award grants payment of that sum to PL Holdings Sarl, a Luxembourg-based company that brought the arbitration against Poland before the Stockholms Handelskammares Skiljedomsinstitut (Arbitration Institute of the Stockholm Chamber of Commerce; the SHS).

By way of a reminder, the CJEU’s Achmea judgment delivered on March 6, 2018 (C‑284/16, EU:C:2018:158) was a milestone for investor-state arbitration within the EU. The court in Luxembourg stated that there is no room for such arbitrations if they are based on Bilateral Investment Treaties (the BITs) concluded between two member states, as such rulings potentially may remove legal remedies established in accordance with article 19(1) of the Treaty on European Union (TEU).

The main problem was that, with some exceptions, arbitral tribunals could not be regarded as “courts” within the meaning of article 267 of the Treaty on the Functioning of the European Union (TFEU), so they are not able to request a preliminary ruling under that article. As a consequence, investor-state arbitrations based on arbitration clauses of intra-EU BITs were considered contrary to articles 267 and 344 TFEU because they might pose significant risks to consistency, autonomy and the full effect of EU law.

Without going into details of the Achmea ruling, it is explicitly stated that it may be directly applied only to BIT-based investor-state arbitrations. It was not clear, however, to what extent it applies to those based on arbitration agreements concluded between one member state and an investor from another member state after the dispute occurred.

To better understand the case, let’s first take a look at the background to the dispute.

In 1987, Poland, Luxembourg and Belgium concluded an investment treaty, which let investors refer investment-related disputes to an arbitral tribunal.

In 2010, PL Holdings Sarl, a Luxembourg subsidiary of the Abris investment fund, started to acquire shares in two Polish banks, which then merged in 2013. Consequently, PL Holdings held more than 99% of the newly created bank’s shares.

The Polish Financial Supervision Authority (a public entity responsible for the stability of Polish financial market, the PFSA) then decided to revoke PL Holdings’ voting rights attached to its shares and required the investor to sell them, basing its decisions on the alleged threat to sound and proper management of the bank arising from the ownership of the foreign entity.

The PFSA’s decision became the subject matter of PL Holdings’ request for arbitration brought before the Stockholm tribunal. The company claimed that the Polish authority’s actions were inconsistent and contrary to the investment treaty and that it was deprived of its right to effective judicial protection, with which the arbitral tribunal agreed. In its final award (V 2014/163) dated September 28, 2017, SHS ruled that PL Holdings is entitled to damages amounting to PLN 653.639.384 with interest.

Poland then sought judicial review of the arbitration award before the Swedish courts. After the Court of Appeal upheld the award, the Swedish Supreme Court - Högsta domstolen – decided to request a ruling on the case from the CJEU, therefore commencing the preliminary reference procedure.

It is particularly important that the arbitration award was issued before the Achmea judgment, unlike the Court of Appeal’s ruling. Why then did the court not find the award contrary to EU Law if, as mentioned above, BIT-based arbitrations were explicitly prohibited on the basis of the Achmea judgment, especially since under Swedish law it is mandatory to examine the grounds for invalidity of the proceeding ex officio[1]?

This means that a party can conclude an agreement of this type by inertia or as a result of an implied declaration of intent. That situation took place in this case, insofar as Poland did not object to joining the proceeding within the time limit, therefore becoming a party to the ad hoc arbitration agreement . As Kokott’s opinion underlines, this form of entering into an arbitration agreement is not prohibited by any rule of EU law.

Therefore, even though BITs constitute formal grounds for the proceeding, it is not a typical BIT-based proceeding because there is an effective arbitration agreement binding the parties.

This construction makes the proceeding similar to a typical commercial arbitration, directly admitted by CJEU in the Achmea ruling. A key feature of these proceedings is that they are founded on the “freely expressed wishes” of the parties (see clause 47 of the opinion), which distinguishes them from those based on treaties between member states – prohibited by the Achmea ruling.

The subject matter of the arbitration, however, differs from a typical commercial arbitration proceeding, in that the legal relationship from which it arose is not a contractual one, but rather “relates to the exercise of sovereign powers by Polish authorities” (see clause 54 of the opinion).

From this standpoint, claiming that such an arbitration agreement is admissible might put at risk the uniformity of EU law with regard to the public obligations incumbent on member states. Especially since, private entities, as opposed to member states, are not bound by article 344 TFEU.

To better illustrate the difference, Kokott cited previous CJEU judgments regarding commercial arbitration, namely the Nordsee (judgment of 23 March 1982, Nordsee; 102/81, EU:C:1982:107) and Eco Swiss (judgment of 1 June 1999, Eco Swiss; C‑126/97, EU:C:1999:269) cases in which the Court allowed judicial review with a limited scope due to the main purpose of commercial arbitrations.

Because in this case the risk of non-compliance is noticeably higher, Kokott decided to determine further conditions, under which investor-state arbitrations might, in her opinion, be deemed compatible with EU law.

Undoubtedly, the crucial condition is to establish entitlement to a comprehensive judicial review of awards issued in this type proceedings, as it is the only way to ensure consistent, uniform and effective application of EU law.

Unlike arbitral tribunals, member states’ courts may refer cases to the CJEU on the basis of article 267 TFEU, thus providing a far greater guarantee of compliance with EU law.

A comprehensive review of this type, not required with respect to “normal” commercial arbitrations, would therefore reduce the risk of EU law infringement enough to make it acceptable. Only in these circumstances, according to Kokott’s opinion, will the respective arbitrations be compliant with the duty of sincere cooperation under article 4(3) TFEU and the autonomy of EU law under articles 267 and 344 TFEU.

Scope of the CJEU’s decision

The Advocate General did also put forward the key importance of the equal treatment principle set out in article 20 of the Charter of Fundamental Rights.

As stated by Kokott, in light of this provision, it is highly doubtful whether there is justification for concluding an arbitration agreement with an investor with respect to a dispute that has already arisen, while referring other disputes to the national courts.

In her opinion, this aspect, however, should be examined by the national courts concerned, whereas for the purpose of the case it was sufficient for Kokott simply to indicate that this principle has to be ensured.

Although the conditions set forth in Kokott’s opinion were already quite restrictive, CJEU decided to take an even more stringent approach. The judgment of the Grand Chamber of the CJEU was issued on October 26, 2021.

At first, the Court expressed several serious doubts concerning Poland’s free will that allegedly stood behind the whole proceedings. In particular, the meaning of Poland’s initial argumentation (expressed at the very beginning of the proceedings before SHS) concerning lack of the effective arbitration agreement between the parties was clearly emphasized.

CJEU reminded, however, that due to clear separation of functions it is for the referring court to evaluate whether the ad hoc arbitration agreement was effectively concluded. The essential part of the judgment was thus presented, as it were, just in case.

A key part of the CJEU's reasoning is based on the risk of circumventing the EU law by allowing arbitrations to be conducted on the basis of ad hoc arbitration clauses, even under certain conditions. The “fundamental reason” for such arbitration agreement is to directly substitute the arbitration clause of respective BIT invalid on the grounds of Achmea ruling.

From CJEU’s perspective, specific legal grounds of the investor-state arbitration are irrelevant, as long as such proceedings may put at stake the autonomy of the EU law as well as its full effectiveness. Likewise, it is meaningless that such circumvention would take place as an “isolated case”, since such a pattern could quickly become commonplace.

Last but not least, both the principle of sincere cooperation and the Agreement for the termination of Bilateral Investment Treaties between the Member States of the European Union (OJ 2020 L 169, p. 1) oblige member states to question the validity of arbitration clauses precluded by Art. 267 and 344 TFEU as interpreted by the Achmea ruling, which should be applied mutated mutandis to the arbitration agreements.

As a result, investor-state intra-EU arbitrations are definitely deemed contrary to the EU law, notwithstanding their specific legal basis. In this regard, the CJEU’s judgment can be considered as a complement to the Achmea judgment insofar as it rules out the future of such proceedings within the bloc.

CJEU has also denied PL Holding’s request to limit the temporal effects of the judgment, underlining that its rulings “clarify and define” the correct understanding of respective provisions, as they should have been interpreted from the very moment of their entry into force.

On the side note, however, the judgment may bring good news for Poland, since the SHS’ award was explicitly assessed as “made on the basis of an arbitration agreement infringing Articles 267 and 344 TFEU and the principles of mutual trust, sincere cooperation and autonomy of EU law”.

[1] It would not have been required to examine those grounds based on Mostaza claro judgment (Case C-168/05), because there is no imbalance between the parties in the proceeding.