Ordinance no. 49/2019, of February 8, was published today in the official gazette, foreseeing the coefficient values to be used to update the annual remuneration to be considered for the purposes of determining the reference remuneration that serves as the basis for calculating invalidity and old-age pensions.

These new coefficient values to be used to update the annual remuneration, which must be taken into account for determining the reference remuneration for the calculation of the respective pensions – updated using the General Consumer Price Index, without housing – are those included in the Annexes I and II of this Ordinance.

The following aspects and novelties are noteworthy: 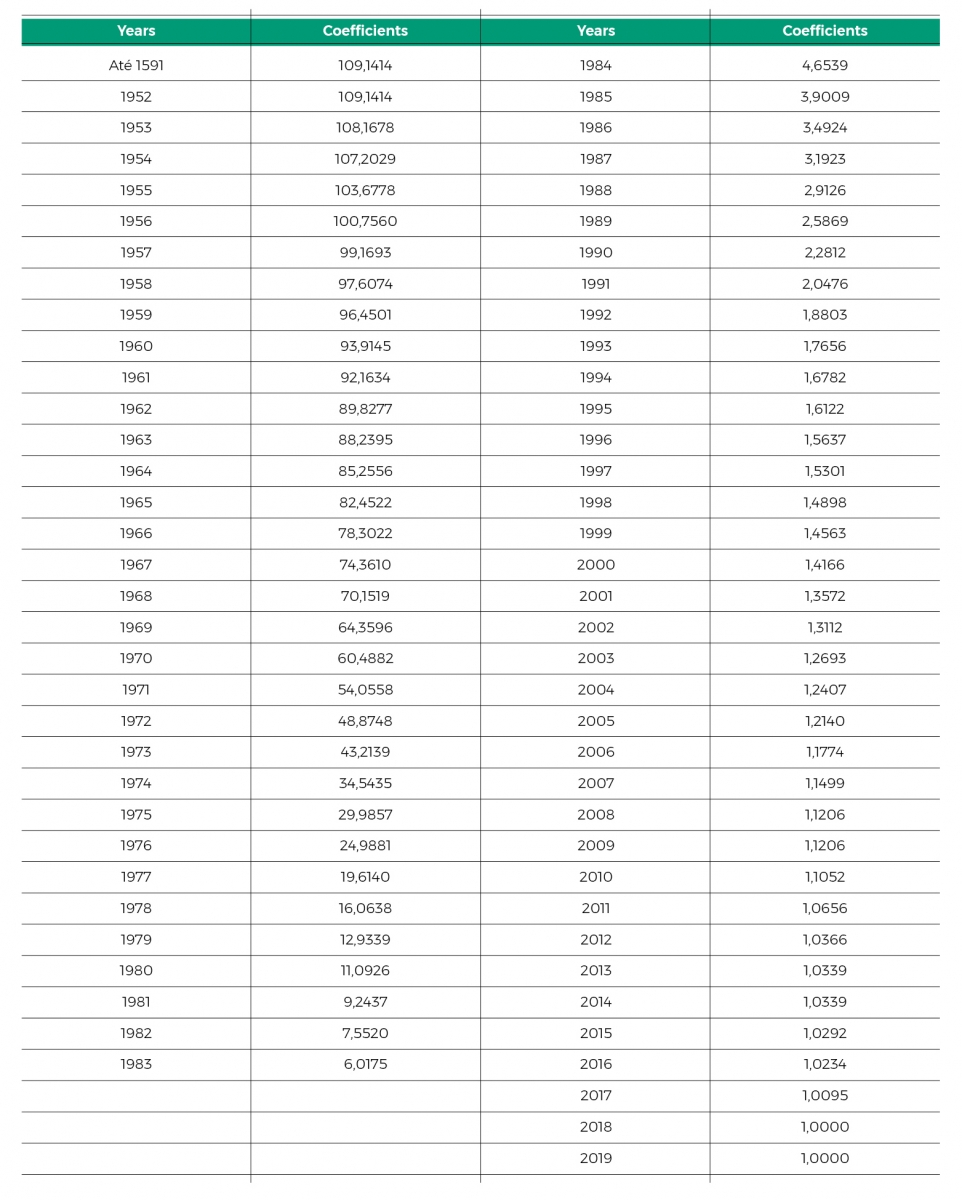 Entry into force and production of effects

These new coefficient values enter into force on February 9 and are effective from January 1 to December 31, 2019.