CPK: an ambitious Polish mobility project in the heart of Europe

CPK: an ambitious Polish mobility project in the heart of Europe 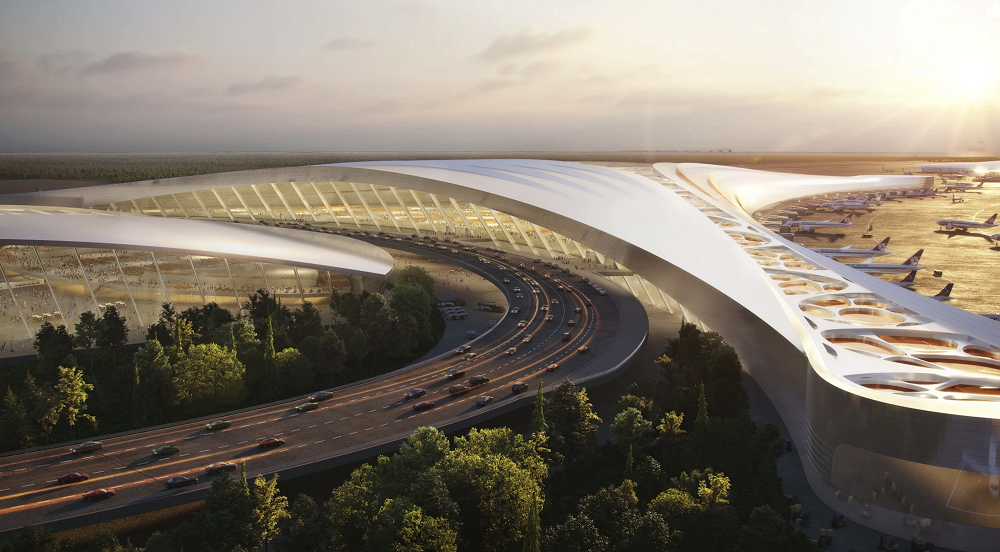 Poland has plans to build the largest infrastructure project in the EU connecting Europe and Asia and making the country a passenger and cargo hub. This initiative, expected to mobilize over €30,000 billion, presents an opportunity for Spanish companies, not only in construction but also in other sectors connected to the rail sector.

First, what exactly is CPK?

An interesting feature of its history is that the CPK idea first emerged in Poland in the seventies of the 20th century. Later, in the nineties and the first decade of the 21st century, the various democratic governments in Poland also conducted studies and analyses. Now however, the executive branch of the Polish government in power has given a definitive push to this project and it has moved from a study phase to a planning and completion stage. On November 7, 2017, the government cabinet in Poland approved a resolution presenting the conceptual report on CPK. Among the contents of the report are a detailed analysis of the reasons making it is necessary to build a new airport and a thorough study of the whole airport and rail project. On October 10, 2018, the Law on CPK was approved, setting out how the investment will be managed and made. At that point, the first tasks started to be performed through a business entity (Centralny Port Komunikacyjny Sp.z o.o.), created to manage the project. A company wholly owned by the Polish government.

Where will CPK be built?

CPK will be built around 37 kilometers west of Warsaw. This is a strategic location not only for Poland but also for the whole of central and eastern Europe from the standpoint of the various highway infrastructure projects already being built to connect northern and southern Europe, one of which is Vía Carpatia. Vía Carpatia is moreover an integral part of the planned infrastructure projects to facilitate trade with China and other parts of Asia. Not to be forgotten either is Rail Báltica a new rail network, currently under construction, which will connect Warsaw to all the Baltic countries.

What are the main characteristics of the CPK project?

The main characteristic of CPK is that it will bring together various types of road, rail and air transport in the same place. This means that the most important elements of Polish transport infrastructure will converge in CPK. The objective is to connect the major Polish cities with the airport and provide a commuting time under 2 -2.5 hours. It needs to be underlined that the new airport terminal will have a train station linked to the new high-speed rail network.

In view of the road and rail transport projects under construction in Poland and in its surrounding countries (Vía Carpatia or Rail Báltica, among others), CPK may be expected to be used as an airport for international flights by citizens of countries bordering Poland as well as Polish citizens. Moreover, a feature worth noting is the purpose of the new high-speed rail network to bring this type of transport to every citizen and to achieve this by following the French intermodality example to ensure greater use of high-speed rail by the majority of citizens.

Another defining element of CPK, among those evidencing the economic value it may bring for Poland, is its goal to become both a passenger transport hub and logistics platform. According to the design of the new airport, part of it will be used for cargo, making CPK a logistics center with highway and rail infrastructure links in the very heart of Europe, which will create a passenger and cargo transport hub without precedent in this part of Europe.

What is the time frame and what has been done so far?

The project is divided into various stages. According to the adopted plan, the airport component should be completed towards the end of 2027. As we have mentioned, it will initially be able to serve 45 million passengers a year, for which two parallel runways will be built, each approximately 4,000 meters long and 60 meters wide, with the necessary taxiways. The airport terminal may however increase in size in the future, with the option of extending the airport from two to four runways. It is important to note that this extension has already been included in the Master Plan and forms part of the procedures for buying and expropriating land.

The rail infrastructure, consisting of 1,800 kilometers of new high-speed rail tracks and the rail component of the airport terminal, is planned to be completed towards the end of 2034.

The project is now in its first stage, and with respect to the work on the airport terminal in progress, the environmental inventory has mostly been completed, the geological work is in the completion phase, 50% of the Master Plan has been carried out, and a number of calls for tender are in motion, such as, for example, the framework call for tender for preparatory platform works (earth movement and accesses) worth in the region of €400 million.

On the rail component, there are twelve viability projects, which together total 1,200 km, and the environmental inventory, for example, for the Warsaw-Łódź stretch is practically complete. The Warsaw-Łódź link to CPK, serving a population of over 5 million people, will create a new center of Poland formed by Warsaw-CPK-Łódź. That project, designed to connect the south of Poland through a new high-speed rail tunnel is already in the design phase, which will give way to the project phase. One of the first stages will be the construction of the attack well for the tunnel boring machine in June 2023. By itself, work on the five kilometer long tunnel could cost roughly over €300 million. It is important to mention that project because the Czech Republic has plans to build a high-speed rail line running to south of the Polish border and therefore connecting to the high-speed rail line planned by Poland. This factor further highlights CPK’s importance not only for Poland but also for all its neighboring countries.

It should not be forgotten either that the construction of CPK has created the need, and is behind the decision, to add a third lane to the A2 motorway connecting Warsaw and Łódź, so there will soon be a highway connection to the airport. Furthermore, CPK is also the reason behind plans to build a second bypass around Warsaw, which will link up with the new airport.

What are the funding sources for the CPK project?

The first point to mention is that on October 28, 2020 the government cabinet in Poland approved a CPK investment plan for the 2020-2023 period, allocating public funding to the project, amounting to PLN  9.230.000.000 (aprox. €2 billion). That plan relates to funding the first stage of the CPK project.

Secondly, based on the information in the conceptual report on CPK and the information published to date on CPK’s official web site (www.cpk.pl), the airport component of the rail infrastructure structure will have to be funded separately.

The funding for the terminal will be provided through business entity Centralny Port Komunikacyjny Sp. z o.o. and will come partly from public funds although the option will also be taken of borrowing from international institutions such as the European Investment Bank, the European Bank for Reconstruction and Development or the Asian Infrastructure Investment Bank. Additionally, Centralny Port Komunikacyjny Sp. z o.o. will most probably seek funding from commercial banking institutions, investment funds, etc. Various public-private funding mechanisms are being considered, especially since European funding for the airport infrastructure will not be an option, because European directives do not classify investments of this type as eligible for that funding. As a result, private funding will be a necessary element for the airport component.

Applying for European funding is an option for rail infrastructure because the network of new lines to be built would fall within the sustainable and smart mobility strategy adopted by the European Commission, and will therefore be compliant with the European Green Deal. An example of EU funding is the €25 million obtained for the construction of a tunnel for the high-speed rail line in the city of Łódź.

What role can Spanish companies play in this project?

Spanish companies in the rail sector (construction, rolling stock, signaling/ traffic control, engineering/consulting firms) are at the forefront in Europe and their know-how is recognized and valued in Poland. To give a clear practical example, Spanish companies are currently taking part in various public calls for tenders organized by CPK, and in a few cases are making successful bids for a number of contracts. This is only the start of dozens of opportunities that will be appearing over the coming months for any Spanish company engaging in business that has any type of link to the infrastructure sector. A factor that in all probability will strengthen the visibility of Spanish companies in this project is the signing of a memorandum of understanding between the governments of Spain and Poland for the development of CPK. The memorandum relates to both countries working in partnership on areas such as construction and supervision of rail infrastructure and management of rail traffic.

Our advice, however, to any companies that have not yet had the opportunity to work in Poland and are interested in the project is to start with a preliminary analysis of the Polish market and of the project itself to identify opportunities. The time limits may seem a long way off although the truth is the project is now in the performance phase and is sparking increasing interest internationally. On top of this, an understanding will also be needed of the tax and legal maze to be navigated if the company’s foray into Poland is to be done correctly from the start and this takes time. The Polish legislation and its mechanisms are very similar to their Spanish equivalents. There are still differences however, and the problem or the solution usually lies in these details. The Polish Public Contracts Law is largely a transposition of European directives so the mechanisms are similar to those in the Public Sector Contracts Law in Spain. Nevertheless, we cannot lose sight of the fact that there are elements of the legislation that are different and if we add practices that usually differ from those in Spain, we might encounter a difficult situation which often could have been avoided by carrying out a prior analysis. It is therefore recommendable to be advised at all times by local experts in each of the sectors for the operations to be performed in Poland.

By way of conclusion, we consider that Spanish companies should have a leading part in CPK, because the experience gained by the Spanish rail sector in the development of high-speed rail links in Spain and worldwide is a first-class credential. Polish public authorities value the work done by Spain and Spanish companies in the high-speed rail arena, as proven by the memorandum signed between the governments of Spain and Poland. Consequently, we believe that Spanish companies may be very important players in the development, completion and future management of CPK.

Steps already taken by CPK throughout 2021: