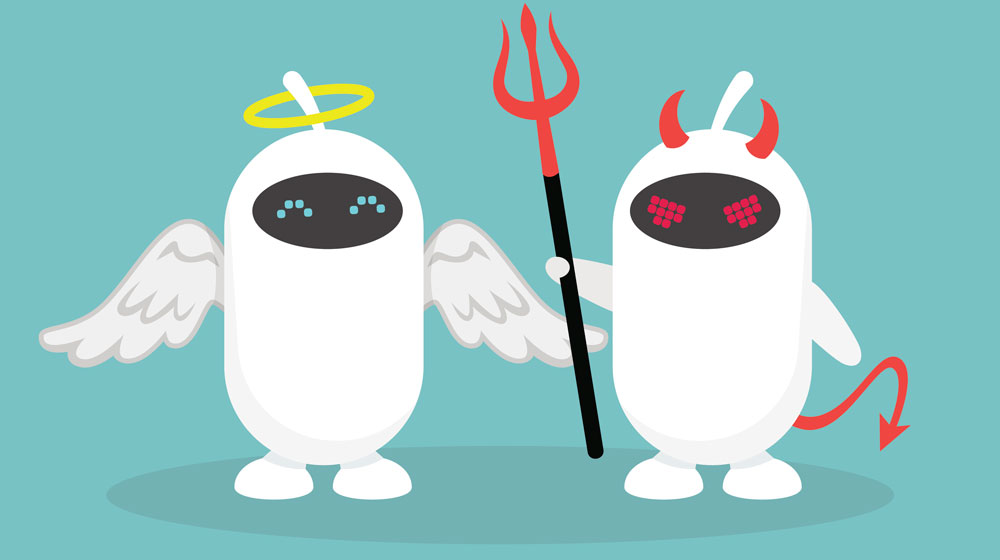 The mechanisms for online reputation or rating have become an essential tool in the platform economy, in which intermediaries use the opinions of their users to ensure that there is no mistrust when entering into transactions with unknown entities. There is nothing new about resorting to the recommendations of friends or family. The difference lies in the scale of the phenomenon, as it is now possible, thanks to technology, to access the opinion of dozens, hundreds and even thousands of unknown people. Currently between 30 and 40 per cent of users –depending on the age range, take into account opinions published on platforms when seeking information on the goods and services they wish to buy.

According to Rachel Botsman: “The currency of the new economy is trust”  and, as such, it is hardly surprising that many businesses will do anything to avoid negative criticism or be tempted to publish fake positive reviews to improve their online reputation. Both these acts have legal consequences that any business concerned about its online reputation needs to consider.

The initial temptation is to use fake positive reviews to improve the online reputation of a brand or company, a phenomenon known as astroturfing. Normally, these campaigns use fake profiles created by a company’s employees or specialist communications agencies. In the United States, the New York Attorney General has been particularly active in attempting to combat this type of practice. The famous “Operation Clean Turf” was the first special investigation into online reputation management, astroturfing and fake reviews. One example was an agreement with the medical services company MedRite Care, LLC, which paid users for positive reviews on several platforms when, in fact, they had never used its services. The deal reached with the District Attorney’s Office resulted in a payment of 100,000 dollars.

Yelp was the first to report MedRite Care’s conduct, when it raised the alarm regarding the purchase of reviews. Intermediaries are, in fact, the most interested parties in terms of establishing an environment of trust for their users, who may otherwise change platforms in search of more transparent environments when making an informed decision about their purchases.

In the United States, the Federal Trade Commission (FTC) has set up an online website providing information containing guidelines and frequently asked questions to help companies avoid this type of activity. The information published by the FTC could well serve as a guide for Spain, where there are still no specific regulations governing this type of practice.

However, the absence of specific regulations does not necessarily imply a legal loophole. In Spain, this type of practice could be penalised as misleading advertising. There is nothing wrong with a company encouraging users to publish their opinions, but buying the opinions of users who have never used their goods or services means that the information is false and could therefore be subject to a penalty under the Unfair Competition Law.

There is also a need to exercise care when offering incentives to consumers to publish an opinion, as it could be considered as surreptitious advertising and also punishable as a misleading omission or an unfair practice relating to consumers and users that are prohibited under Spanish unfair competition law. When users receive consideration for issuing an opinion, albeit in kind, the users of the platform should be informed that payment was involved, by means of a clearly visible #ad hashtag, for example.

The other side of the coin is the phenomenon of fake negative reviews. In Spain it is possible to file a claim for infringement of a person’s right to honor, a right that protects both natural and legal persons. However, before making a decision in this respect, it is important to consider that the law also protects users’ freedom of information and expression. When there is a conflict, the courts have to decide which right should prevail.

Firstly, they have to distinguish between content that contains information or is merely an opinion, as there are quite significant differences in the way they are dealt with in legal terms:

Therefore, there is no recourse in law for negative opinions of a service or product, unless they contain false or insulting information. In a successful case in the United Kingdom relating to fake criticism published in Google Maps of a law firm, it was claimed that one of the firm’s partners had lost 80% of his cases. The author of the review was ordered to pay 50,000 pounds in damages (The Bussey Law Firm and another v Page [2015] EWHC 563 (QB)). This was a case of a verifiable fact, namely, the percentage of cases lost, which was false and therefore not protected by the freedom of information.

In any case, prior to taking action to defend a company’s right to honor, we should carefully assess the possible negative repercussions, as this type of action could be perceived by users as attempted censorship.