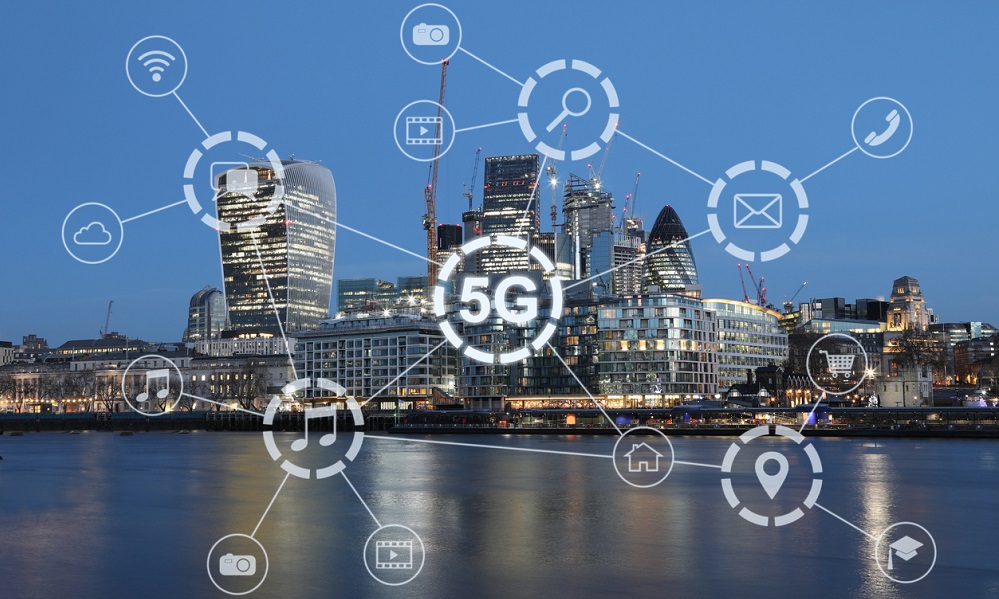 In 2016 the European Union adopted the 5G Action Plan, which aimed to place Europe at the cutting edge of this technology. However, the restrictions that some governments are increasingly imposing on Huawei, one of the main 5G network and equipment providers, together with delays in spectrum auctions in Spain and other countries and the widespread deployment of 5G in North America and Asia, are complicating the European leadership.

According to the Mobile Economy 2020 report by the association GSMA, which represents the interests of over 750 mobile operators worldwide, telecommunications companies plan to invest a total of 971 billion euros in deploying, developing and setting up mobile telephone services over the next five years. 78% of this figure will go to 5G networks. It is a risky investment given the uncertainty surrounding 5G, especially in Europe.

For months now, the US has been attacking Huawei due to the lack of security of its infrastructures, claiming that the Chinese government can use them to spy. This is just the latest episode in the commercial, military and political war between both global powers for global hegemony. In January, the European Commission published a document with questions and answers on the security of 5G networks, which does not specifically mention Huawei, but does establish the need to assess the risk profile of suppliers and as a result to apply relevant restrictions on suppliers considered to be high risk, including necessary exclusions to effectively mitigate risks for key assets defined as critical and sensitive in the EU-wide coordinated risk assessment.

This notwithstanding, each Member State must take its own decisions, although the US has warned that if any country uses Huawei in its 5G network, it will not share "sensitive data" with that country. In January, the British Prime Minister announced that Huawei was a high-risk provider and capped its share of the market in 5G networks at 35%. Several months later, the UK toughened its position and announced a general ban on the Chinese technology. As from January 1, 2021, it will no longer be possible to purchase Huawei equipment and those that are operational will have to be changed before 2027. France too has just announced that it will be restricting the use of equipment by the Chinese manufacturer in the rollout of mobile networks that use 5G technology.

It is not an easy situation because Huawei is currently the supplier of a sizeable percentage of British Telecom’s mobile network and of the main European operators. The incumbent British operator estimated that the cost of complying with this reduction of up to 35% of Huawei equipment in its networks over the next five years, at 500 million pounds. The general ban will cause a much greater impact. If the restrictions are finally applied in the manner announced, the operators affected will be forced to renegotiate or end their contracts with Huawei and look for alternative providers. Not only will this lead to economic losses, it will also cause delays in the deployment of their infrastructures, so it is highly likely that millions will be claimed in compensation from the State.

As to auctions, several European countries such as Holland, Austria, Portugal or France have indicated over the last few weeks that they will be resuming the procedures to establish the bases or will start auctioning some spectrum licenses of 5G networks that had been suspended because of the pandemic. In Spain, the Vice President Nadia Calviño recently announced that due to the pandemic, it has not been possible to release frequencies occupied by television channels in the 700MHz band (known as the second digital dividend) within the timeframe established, which has caused a delay in the auction of that band of frequencies until the beginning of 2021. The reorganization of the radio spectrum is a consequence of Decision 2017/899 of European Parliament and of the Council, which had to be implemented by June 30. The frequencies of the second digital dividend will be used for the rollout of 5G networks in Spain (for further information on frequencies harmonized in Europe for 5G, you can access the National 5G Plan here).

The EU had envisaged that the member States would auction the licenses and designate at least one large city for 5G by the end of 2020. However, in the opinion of Observatorio Nacional 5G, this target is still a long way off, because by April little more than 20% of the frequencies available had been awarded.

The lack of frequencies, the high price that the spectrum can reach in national auctions and excessive territorial coverage requirements, are three of the main concerns of operators at a regulatory level.

The Plan Nacional 5G 2018-20 which is currently underway in Spain, seeks to encourage the use of this technology in the territory through several formulas, including granting public aid to projects that help value the maturity of this technology. Spain leads the way in number of 5G projects and pilot trials in Europe (31 of the 233 initiatives that are currently underway).

Internationally, the US, China, South Korea and Japan are the countries that lead the way in the commercial rollout of 5G technology. The following table, taken from the quarterly report 7 by the European 5G Observatory, shows the progress over the last few years and the forecast for 2020.

China has resumed its massive rollout of 5G networks throughout the country, now that it considers that coronavirus is under control. According to GSMA estimates, in 2025 5G penetration will be 50% of the total connections in China, as well as in Japan, South Korea and the US, whereas in the case of Europe, the figure drops to 30%.

The European Union and national Governments have to realize that our continent is lagging behind in many of the disruptive technologies that will shape the future in the next few decades and should adopt adequate economic and regulatory measures before it is too late.