Gonzalo García-Fuertes is a partner in the Corporate/Commercial Department of Garrigues, where he has spent his entire career. He specializes in corporate/commercial law, mainly banking & finance law and securities market law, and is regarded as an expert in asset securitization, issues of fixed- and variable-income securities and tender offers. He has broad experience in a wide range of structured transactions (e.g. project finance, project bonds, financial derivatives, structured bonds, corporate finance) and other banking transactions. He has also participated in numerous transactions involving the sale and purchase of distressed assets and in other M&A transactions. In light of his experience, he has taken part in many of the most innovative fixed-income, securitization and structured financing transactions performed in Spain in recent years, garnering plaudits from various national and international publications.

Gonzalo García-Fuertes is included, year after year, in numerous legal directories such as the IFLR 1000, which named him as a “Leading Lawyer” in capital markets and structured finance and ranked Garrigues as a top tier firm in the financial and corporate area. He has also featured in the European Legal 500, and in the Chambers & Partners guide (both Chambers Global and Chambers Europe editions) in the capital markets practice area, which ranked him as a band 1 lawyer, forming part of the team of securities market experts praised by the guide, which also ranked the Garrigues’ practice as band 2. According to Chambers, Gonzalo García-Fuertes, among other acknowledgments, has “exceptional problem-solving ability. He's proactive and creative, and finds solutions where other lawyers create problems”. Gonzalo García-Fuertes was also named one of the “40 under 40” by Iberian Lawyer, which recognizes the best business law practitioners under 40 years of age.

He has been a lecturer on securities market law at Centro de Estudios Garrigues for 8 years and is a regular speaker at seminars and conferences organized by the Firm and at various specialist conferences.

Member of the Corporate Finance Standing Committee (CFSC) of ESMA (European Securities and Market Authority) since May 1, 2018.

Degree in Law from Universidad Complutense de Madrid and Master’s Degree from Instituto de Estudios Bursátiles (I.E.B.), forming part of the first academic year to graduate with a dual qualification in law and finance (1999). 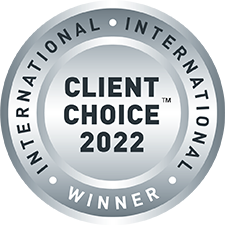