Sound legal planning is a must for influencer marketing

Sound legal planning is a must for influencer marketing 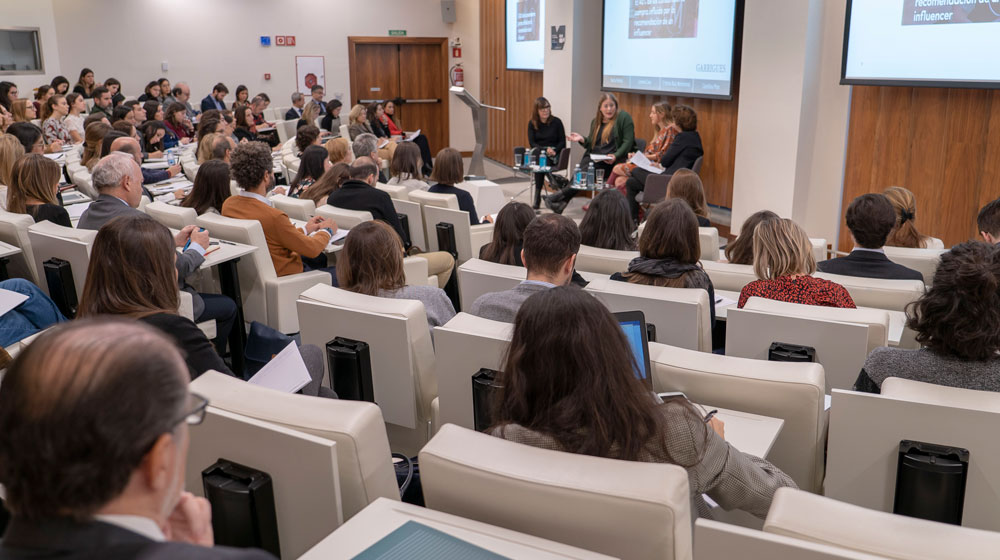 Experts in intellectual property, tax law, labor law and data protection sat down with professionals in influencer marketing to analyze the keys to this growing sector.

In 2017, over 78% of the world’s luxury goods companies used influencer marketing, with Spain as one of the leading companies in this practice. 40% of consumers make purchases based on influencer recommendations. In 2016, for every $1.00 that brands invested in influencers, they saw a return of $11.69.

With this data coming in strong, influencer marketing has made massive inroads as one of the most effective ways of promoting brands. However, legal questions still abound for influencers themselves, the brands that hire them and the agencies that serve as their intermediaries.

On October 30, Garrigues organized a workshop bringing together in-house lawyers, sector-specific communications companies and influencers to gain a clear view of this practice today and to discuss the need for regulation and the most relevant legal aspects to be borne in mind.

Carolina Pina, partner in charge of Garrigues’ Intellectual Property Department, explained that when regulations are called for, what are needed are clear rules on the obligations falling to each of the players involved. She emphasized that it is always advisable to have a watertight contract and that, when drafting it, lawyers should have a clear understanding of the game plan, so that it can be custom-tailored to each case.

During the first round table, participants looked at the sector’s current situation and discussed the different scenarios that arise in the day-to-day work of influencers and the brands that hire them. One of the key topics was the relationship between influencers and their followers and the balance that must be struck when working with advertisers. Cristina Ruiz Montesinos, editor of the well-known blog Casilda se casa, explained that because she is a journalist, she is able to publish content without being too influenced by advertisers: “I have always prided myself on telling my readers the truth. When advertisers come into the picture, you have to decide where your priority lies: earning money or telling the truth.” She said that she has rejected many advertising contracts because, otherwise, this “lack of creditability” would make her “lose readers and be out of business in a year.” “It would be hard for me to deceive my followers,” she said, “because I have a very strong connection with them.”

Honesty is truly the best policy in this arena. Nuria Padrós, CEO of Ogilvy’s PR & Influence Department in Spain, pointed out that it is not in brands’ best interest to deceive readers either: “It must make sense for a brand to be associated with a certain type of influencer.”She added that “anything that doesn’t fall within a well thought-out strategy just won’t work, because you won’t be able to measure the effects.”

Measurable ad campaigns and data is precisely one of the factors that helped influencer marketing boom. Nevertheless, Cristina Ruiz Montesinos believes that some things cannot be quantified, and don’t need to be: “Sometimes I think the obsession with data is really a shame.” In the same vein, Lorena Cava, head of Marketing and Business Development at Hello Likers, noted that qualitative aspects are increasingly coming to the foreground: “We go beyond mere figures and report on both quantitative and qualitative factors.”Nuria Padrós spoke about the need to forge more long-term relationships, “because this builds and reflects a real connection between the influencer and the brand.”

Guided by the moderator Carolina Pina, the experts also assessed the fact that social networks have started rolling out their own tools to identify advertising content, something that, as Lorena Cava argued, will benefit both influencers and brands. Regarding the debate on whether advertising content should be explicitly labeled, Cristina Mesa, principal associate with Garrigues’ Intellectual Property Department, explained that if the average consumer can see that it is an ad campaign, it does not need to be specifically identified as such. Otherwise, the content should be clearly labeled.

Specialists from Garrigues’ intellectual property, tax, labor and data protection areas touched on the most important legal issues to be taken into account when an influencer is brought into an ad campaign, offering some on-the-spot legal advice.

Cristina Mesa was clear about where lawyers should stand: “We must respect the nature of influencer marketing and not rob it of its fresh, new approach.”She also advised that “the most important aspect of an influencer contract is the exit clause: it needs to be a quick and painless (i.e., cost-free) divorce.”She recommended that competitors follow the rules of fair play: although tweets bashing rival companies are on the rise, it is illegal to pay so-called “haters.”

Álvaro de la Cueva, partner with the firm’s Tax Department, spoke about tax obligations, since influencers perform a business activity subject to personal income tax. He clarified that any gifts influencers receive are payments in kind and are also taxable: “When a brand gives an influencer a purse, it expects something in return. From a tax standpoint, this is an exchange for which the influencer is taxed. The brand, in contrast, can deduct it as an expense. Plus, any invoices must include value added tax.” Of course, for the expense to be tax deductible, it must relate to the brand’s business.

Felipe Ochoa, senior associate in the Labor/Employment Department, stressed that if a brand tightly controls the influencer’s content, this could be considered an employer-employee relationship, with important ramifications: if the labor inspectors or the Social Security authorities consider that the influencer is a paid employee but the records do not reflect this, stiff fines could be imposed. He closed by saying that “failing to do things by the book can quickly bring you out of compliance.”

From the standpoint of data protection, Katiana Otero, associate with Garrigues’ Corporate/Commercial Law Department, stated that influencers are carrying out a business activity and must fulfill their obligations as controllers of the data they handle (user and follower mailing lists, etc.). In that regard, she pointed out that “compliance with the GDPR includes analyzing who is the controller of the personal data being processed” and that it is important to determine the purposes for which the gathered data will be used. She added that all contracts with influencers must contain a clause on data privacy.