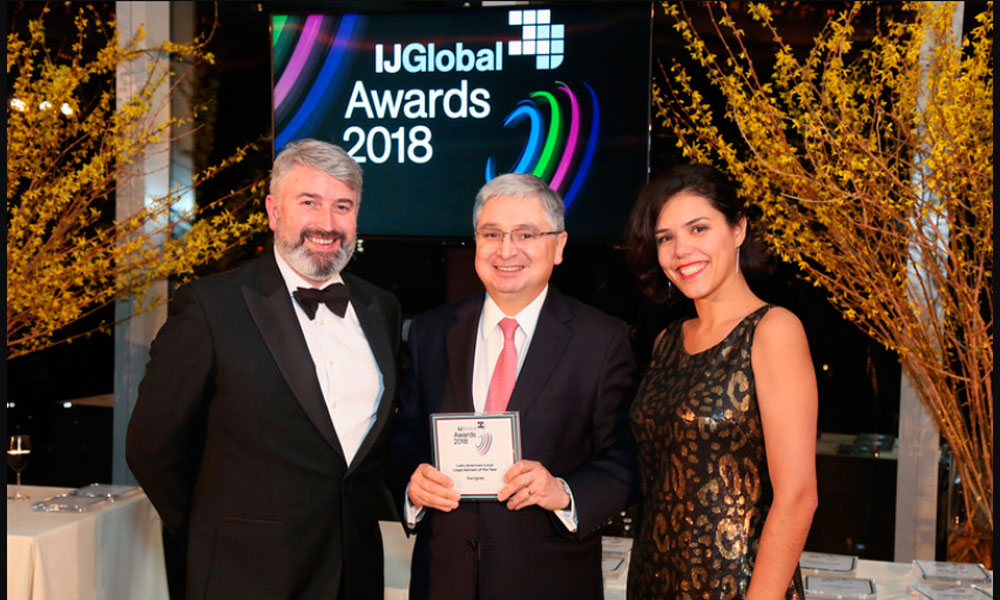 Garrigues was named the best infrastructure firm in Latin America as part of the annual IJGlobal Awards, which recognize the region’s best advisors in infrastructure and project finance. The award was given in ceremony held in New York, which brought together the main companies and firms operating in Latin America.

The IJGlobal judging panels, comprising company executives and advisors, selected the most innovative deals performed in Latin America in the past year and acknowledged the work of the main players involved, including investors, banks and law firms. In assessing Garrigues’ work in the region, the judges took into account the economic and social impacts of the deals led by the firm and the innovation reflected in its advisory services.

According to Javier Ybáñez, partner in charge of Garrigues’ Latin America practice, the award “is a sign of the trust our clients place in us and a recognition for the work of our professionals, which has locked in our position as a benchmark regional firm in Latin America, with powerhouse departments such as the project finance and infrastructure area.”

Garrigues’ commitment to this sector led the firm to recently launch a web portal, a first in the region, featuring information on 80 landmark projects that will shape future development in Brazil, Chile, Colombia, Mexico and Peru. Garrigues has own offices in all five of these countries, as well as solid teams with expertise in the main areas of business law.