The complex structuring of credit transactions with cryptocurrencies in Colombia

The complex structuring of credit transactions with cryptocurrencies in Colombia 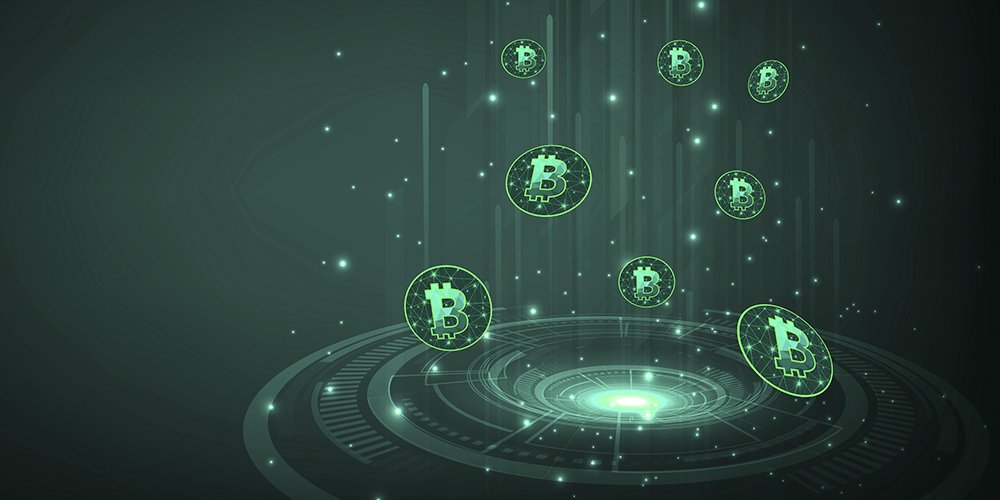 A credit agreement is one of the most traditional types of contracts in the Colombian legal system. Credit, understood as the relationship whereby a lender (creditor) makes available a certain sum of money to a borrower (debtor) so that the borrower has access to it and in exchange agrees to repay the sum received and to compensate its counterparty by paying interest, has been and will continue to be an essential tool for any business activity.

Around 13 years ago, a barely nine-page paper was published that revolutionized finance, namely, Bitcoin: A Peer-to-Peer Electronic Cash System. This paper more or less objectively marks the start of a market that, as the Basel Committee notes, despite being relatively small compared with the size of the global financial system – and notwithstanding the downturn that it has experienced so far this year – is expected to continue to grow on a sustained and exponential basis going forward. The first line of the abstract of this paper expresses the core idea behind Bitcoin, which has been transposed to develop the more than 18,000 types of virtual currencies that now exist and that have been developed on the basis of the blockchain prototype. The abstract states that it involves “A purely peer-to-peer version of electronic cash would allow online payments to be sent directly from one party to another without going through a financial institution.”

It is important to confine the question to the Colombian case given that, although the emergence of virtual currencies is closely tied to the aim of removing the exchange of money from financial institutions’ control, and thereby from state supervision and regulation, the appearance of virtual currencies is a phenomenon that has caught the eye of governments and has therefore received different treatment in each country. As proof of this, one need simply consult the report produced by a research group linked to the U.S. Library of Congress in 2018 and updated in 2021, which describes, country by country, the status of cryptocurrency regulation.

Cryptocurrencies do not have the status of a currency under Colombian law, and it can be said that few jurisdictions grant such status. This is logical given that a currency requires recognition and protection by the State and, for now, except in a few cases, States do not appear ready to cede their monetary sovereignty by granting legal tender status to cryptocurrencies. Both the Colombian Central Bank and the Colombian Financial Supervisory Authority have expressed this view on several occasions. It is therefore recommended, following the international trend, to refer to cryptoassets, and more specifically to payment cryptoassets rather than to cryptocurrencies, in order to emphasize that “digital assets can satisfy payment method, store of value and unit of account functions, but lack the attributes of legal tender and cannot be considered money.” Then, cryptoassets are not currencies, not money for legal purposes, not foreign currency, not cash or a cash equivalent, and there is no obligation to receive them as a method of payment and, furthermore, Colombian government agencies have said that they do not possess value within the meaning of Law 964 of 2005. Then, while we do not have a clear concept of cryptocurrencies, we do know that various government agencies such as the Colombian Central Bank, the Colombian Financial Supervisory Authority, the National Directorate of Taxes and Customs (“DIAN”), and the Information and Financial Analysis Unit (“UIAF”), have rejected the possibility of treating cryptocurrencies as money and, therefore, they should be treated as intangible assets.

Although they do not have the nature of legal tender, no one objects to cryptocurrencies forming the subject-matter of a credit agreement. In Colombia, it is possible to rely – even though it is not exactly the same type of contract – on the description that both the Civil Code and the Commercial Code provide of a “mutuo” (i.e. a loan for consumption). Under this contractual classification, the subject-matter of the agreement need not be money in the strict sense, that is, legal tender with the backing of the central bank and mandatory discharging power. The subject-matter of a loan for consumption agreement can perfectly be any type of goods, since, using the same language of the Civil Code, the obligation of the party receiving the goods, in this case cryptocurrencies, lies in returning “the same amount of such goods of the same type and quality.” Therefore, if the lender lent a certain amount of Bitcoin, Ethereum, USDC or Cardano, to name a few of the most popular cryptocurrencies, the borrower’s repayment obligation will be to return the same amount of the same cryptocurrency plus any agreed interest.

In reality, if there were any kind of obstacle to structuring credit transactions with cryptocurrencies in Colombia, that obstacle would have to do with the status of the parties acting in the transaction.

The status of the parties acting in credit transactions with cryptocurrencies

Indeed, although transactions with digital assets do not run counter to Colombian law and therefore individuals can freely deal in these assets, the Colombian Financial Supervisory Authority has expressly established that supervised institutions are not authorized to hold in custody, invest, or act as intermediaries in relation to such assets. This position of the Financial Supervisory Authority, adopted in 2014 and reaffirmed in 2016 and 2017, remains in effect and seems to be justified – among other things – by the need to prevent supervised institutions “from being used as a tool for laundering assets and/or channeling resources to the pursuit of terrorist activities or for hiding assets originating from the same.” Therefore, it is clear that, under current law, it does not seem possible for a supervised institution, such as a bank, to be able to grant a loan denominated in payment cryptoassets.

What happens if the exchange that has undertaken to convert the payment cryptoassets into pesos cannot complete the bank transfer to its client – counterparty to the credit agreement – because the counterparty’s bank refuses to receive the funds? It is an operating risk that undoubtedly – even involving transactions that are not prohibited by Colombian law – renders impractical the possibility of structuring a credit transaction with payment cryptoassets between non-supervised institutions. Furthermore, when one of the parties is located outside Colombia, an additional layer of difficulty is added, namely, compliance with the Colombian exchange rules, those dealing with the concept of currencies, which, as we have seen, does not include payment cryptocurrencies.

Operation sandbox, which was launched by the Financial Supervisory Authority, took effect a few months ago. The operation allows some supervised institutions to access a pilot project to perform transactions with certain payment cryptoassets. Along the same lines, draft external circular 17-2022, issuing instructions on the linking and provision of services to virtual asset service providers, was recently published for comment. This document will be open for comments until August 12, 2022, and then we will have to wait a couple of months for the definitions of the terms under which supervised institutions may deal with exchanges, so that certain digital cryptoassets can be converted into pesos and vice versa.

It is an important step, given that once it is adopted, the circular will expressly, albeit partially, repeal Circular Letters 029 of 2014, 078 of 2016 and 052 of 2017. Indeed, it is a slightly more flexible position that permits, albeit timidly, supervised institutions to participate in the payment cryptoasset market; timidly, given that the draft circular, on little more than a page, lays down the foundations for such participation to become reality in highly general terms. The cryptoasset market should be able to develop in Colombia while respecting the highest standards, both for preventing asset laundering and terrorist financing, and for protecting investors, and although the draft takes the first steps in this direction, it appears that there is still a long road ahead.

Although there are currently many references to a “crypto winter” in the press, the truth is that the expansion of the cryptoasset market appears to be a reality and therefore in the international arena, we can cite many examples of legislative initiatives aimed at regulating this market to allow for its full integration into each country’s financial system. Some of the initiatives to keep an eye on are: (i) Regulation (EU) 2022/858 of the European Parliament and of the Council of 30 May 2022 on a pilot regime for market infrastructures based on distributed ledger technology; (ii) the Responsible Financial Innovation Act, a bipartisan bill submitted to the U.S. Congress by the senators Lummis and Gillibrand, known as the Crypto Bill; (iii) the Markets in Crypto Assets Regulation (MiCA), a provisional agreement between the European Council and Parliament, which will undergo the formal adoption process in the coming months; and (iv) the two consultations issued by the Basel Committee on the prudential treatment of banks' cryptoasset exposures.