Unicorns vs camels: Startups able to survive in hard times are finding a place 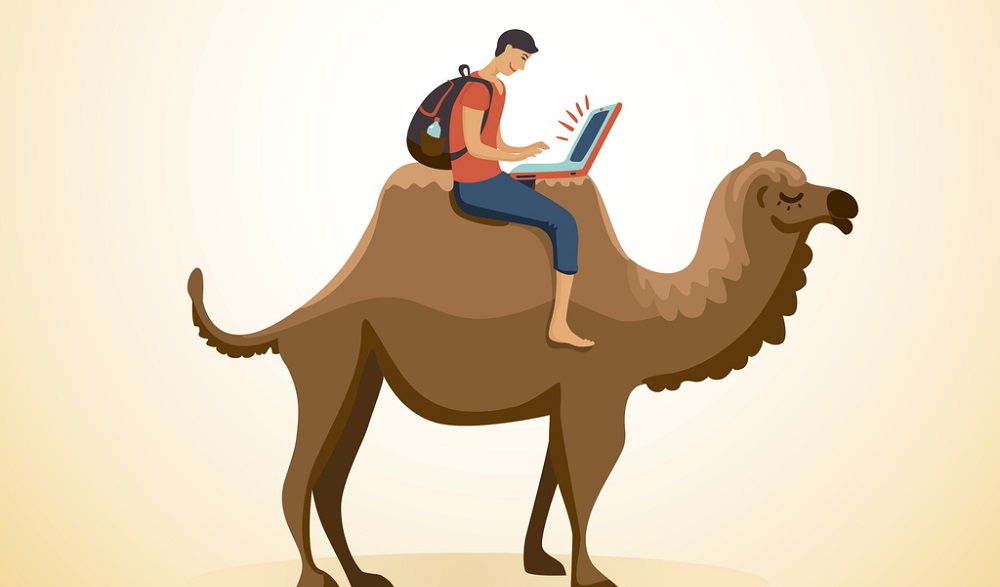 In times of crisis, camel startups, a type not needing constant investment, have gained presence in the market. We look at their advantages and place in the venture capital environment, now and when the economic effects of the COVID-19 pandemic ease.

Anyone familiar with the venture capital world has heard about unicorns: startups that achieve a value of over US$ 1 billion relatively quickly, according to a definition that appears to come from Silicon Valley.

Slightly fewer are familiar with centaurs, ponies (depending on whether they attain 100 or 10 million in value) or dragons.

And not long ago camel startups also gained a place in the venture capital system. The term was coined by Alex Lazarov from Cathai Investment who predicted a decline in activity in Silicon Valley in 2017.

What does this name denote? It refers to startups that can cross the desert on very little or no water. In other words they do not require a constant stream of investment, which is why, in 2020 as an effect of the pandemic and resulting contraction of investment, they gained presence in the market.

They are emerging businesses which, like the others, have growth as their goal, but they keep survival and profitability as their priorities.

Their defining features are a greater control over expenses to ensure an efficient expense to revenue ratio; being prepared to cope with threatening factors; commitment to the long-term and to clients; and contributing value to products, with a constant commitment to the client.

But they absolutely never renounce growth. Otherwise, they could not be a startup subspecies. Nor are they averse to third-party investment, if they ever need it or it is offered to them, although they never lose sight of their qualities as camel businesses.

Put concisely, they pay great attention to managing their resources.

Two examples of camels are Zoom and Grubhub, which started out their journeys with sustainable growth and only sought equity when it was strictly necessary. Now they are both giants. Undeniable proof that camels like to grow.

The combination of a few scenarios of abounding optimism (especially regarding the shares allocated to a few unicorns, and the cases of Uber, Lyft or the most prominent, Wework) together with the emergence of COVID-19 in 2020 have pushed camel companies of this type into the limelight in the market, due to being somehow less aggressive targets, and therefore a little safer.

They are able to survive in hard times, which increases interest in them when this is the case because they follow a more stable model without ever renouncing growth which is kept more in check.

Does this mean that the essence of startups is being lost, by partly renouncing to grow? Definitely not. Just that a subspecies has appeared alongside other types of animals in the same terrain, presenting the same appeal to investors, while having safer behavior.

Nor are they going to replace or remove the other types, which will regain their positions when the health crisis and its economic aftermath disappear. Although funds and family offices reduced their investment volumes in 2020 compared with 2019, across the board, cash is still very cheap and there are large amounts of liquidity in the economy, which is certain to prompt an increase in investment when the pandemic is brought under control.

It would be very easy to say that unicorns are myths whereas camels are real animals, but not everything is that simple. As soon as COVID-19 wanes, interest in unicorns will return and it will probably also remain in camels. It is simply that the variety of targets competing for finance providers’ attention will increase.

Funds, advisors, incubators, accelerators and lawyers have to keep this factor in mind to be able to adapt our activities to the interests of the various species at the zoo belonging to the race of emerging companies, because their needs are clearly going to be slightly different as well as the results that may be expected of them.

Services such as due diligence work or analysis of business plans for both of them will be very similar, as well as their shareholders’ agreements, stock options or the details of their funding rounds, although not so much their funding needs as such or exit forecasts.

They might also have different types of funders, and we may see the appearance of funds focusing more specifically on one or another type or family offices showing greater interest in unicorns or camels.

The market will tell us shortly, although we are convinced that camels are here to stay, even though there are some who do not see them as proper startups and do not feel sufficient interest in them.

Whatever the case, we need to be ready and adapt to cater for their characteristics so that we can support them regarding the needs of what, as we have highlighted, are going to be, in part, different branches of conventional startups.