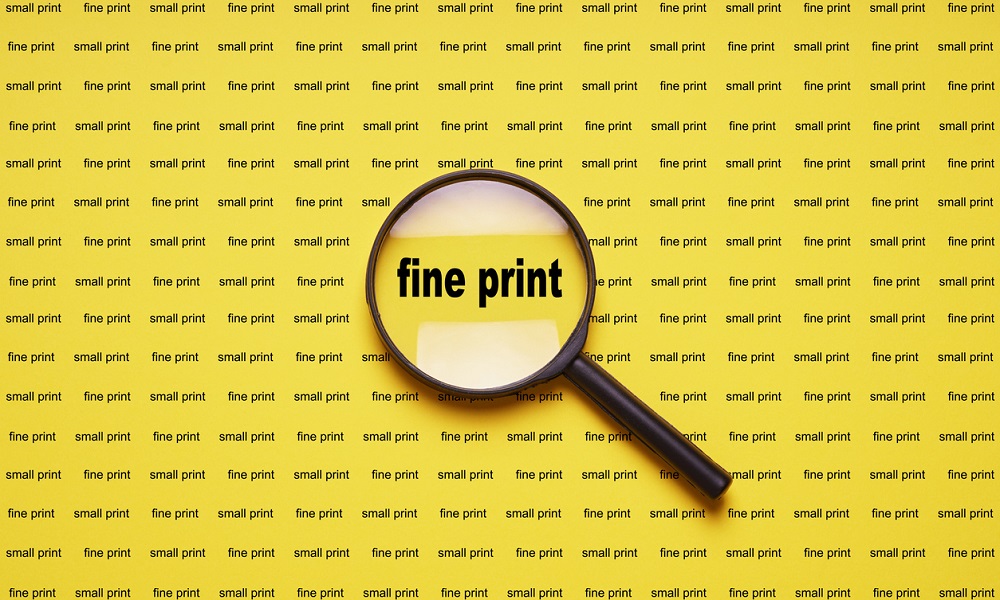 Portuguese Law n. 32/2021 of May 27 foresees an obligation for standard terms to be  written in a font size not inferior to 11, or to 2,5 millimeters and with a line spacing not inferior to 1.15. Clauses which are not written with the requested dimension will be prohibited and found null and void.

Consumers accept standard terms and conditions several times a day when using websites, purchasing online or dealing with banks or insurance companies. The fact is that, most of such terms are not effectively acknowledged by them due to their extension, complexity and assumption that there is no room for negotiation. Considering the imbalance that exists between professionals and consumers when agreements are ruled by standard terms, the Portuguese standard contractual clauses regime foreseen in Decree-Law 446/85 of October 25, establishes a list of clauses which are prohibited and will be found null and void if inserted in such terms. The standard contractual clauses regime is applicable to standard terms which do not admit individual negotiation and to which the consumer merely adheres in case it is interested in contracting a certain service or buying a certain product.

The fact is that most of these terms, which include data protection matters, intellectual property issues, warranty periods, etc,, are written in very small characters, which makes it hard for consumers to read them and therefore encourages the act of merely accepting the terms without taking effective knowledge of its content. In this light, and addressing such concern, it was approved Portuguese Law n. 32/2021 of May 27 which, with the intention of adding transparency to standard terms and enhancing the effects of the prohibition of use of certain standard contractual clauses, foresees an obligation for such standard terms to be  written in a font size not inferior to 11, or to 2,5 millimeters and with a line spacing not inferior to 1.15.

This obligation will now be included as an additional paragraph to the article that establishes a list of forbidden clauses, article 21 of the standard contractual clauses regime. This will have a practical relevant effect as clauses which are not written with the requested dimension will be prohibited and found null and void.

The Portuguese Government has now 60 days to rule this law and the same enters into force on August 25, 2021. Companies will therefore have to adapt its terms accordingly, in case they want to avoid the same being found null and void.

The fact is that the major concerns arising from standard contractual clauses relate not so much with the font size in which they are presented to consumers but more with the effective knowledge of such clauses by the consumer and the existence of effective information duties on the side of companies when requesting the consumer to accept such terms. Notwithstanding, it is a relevant effort the one arising from this law in the path of transparency and effective knowledge of standard contractual clauses.

Additionally, the law foresees that it should be implemented a system that oversees the use of abusive clauses and that it must be created an administrative system that controls and prevents the use of such clauses, notably when the same have been found prohibited by a court decision.

This administrative control may be an important step forward in the prevention of use of abusive clauses in standard terms.