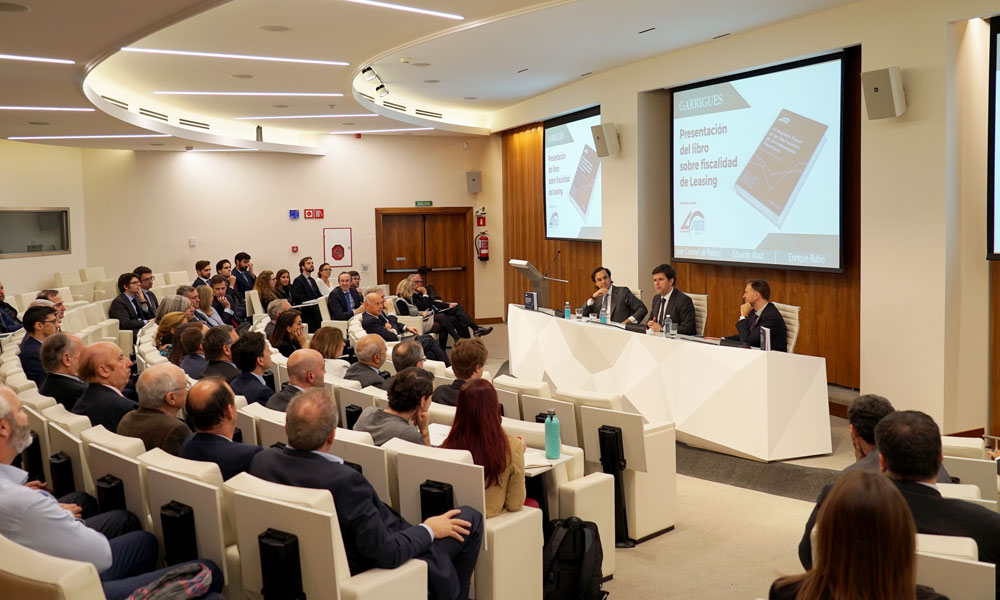 Garrigues and the Asociación Española de Leasing y Renting (AELR) (Spanish association of finance and operating lease entities) presented the work entitled “El Régimen Fiscal de las Operaciones de Arrendamiento Financiero” at an event held at the firm's main offices in Madrid. The participants at this event included the chairman of the AELR, José Coronel de Palma y Martínez-Agulló; the chairman of the Spanish Accounting and Audit Institute (ICAC), Enrique Rubio; and Eduardo Abad, the partner in charge of Garrigues’ tax department, who coordinated the work of the group of experts from the firm by which this book was produced.

The chairman of the AELR described the book as a “classic” text, given that “we are now on the third edition, and the first edition was published 18 years ago”. According to Coronel de Palma, the understanding of the AELR and its Managing Board is that this book, which has been distributed among its association member companies, “makes a decisive contribution to the knowledge of companies and professionals in this country” and “helps to situate finance leases in their rightful place among the formulas commonly used by companies to make business investments”. He also thanked the group of authors from Garrigues for their “excellent work”.

Enrique Rubio, chairman of the ICAC, referred to the fact that this year is the AELR's 40th anniversary, thanking it for the 40 years it has spent “representing all economic sectors and specialist entities” in the finance and operating lease sector. He remarked that the book will “provide a reference for all operators, users, and corporate professionals”, drawing attention to the “comprehensive, global and systematic treatment” of the subject matter, to the book's “usefulness in view of its practical approach and the case studies it includes”, and observing also that it “calls for reflection and debate in areas of uncertainty”.

Eduardo Abad, the partner from Garrigues by which the work was coordinated, thanked the association for the opportunity to work on this new edition and outlined the main changes to legislation on the tax treatment of finance leases which have been introduced over the last ten years. He observed that “the fiscal reforms in the legislation on finance leases have been fairly limited”, explaining that the intention of the team of lawyers by which the work was written was to “produce a book which is practical, in accordance with the spirit of the first edition”. 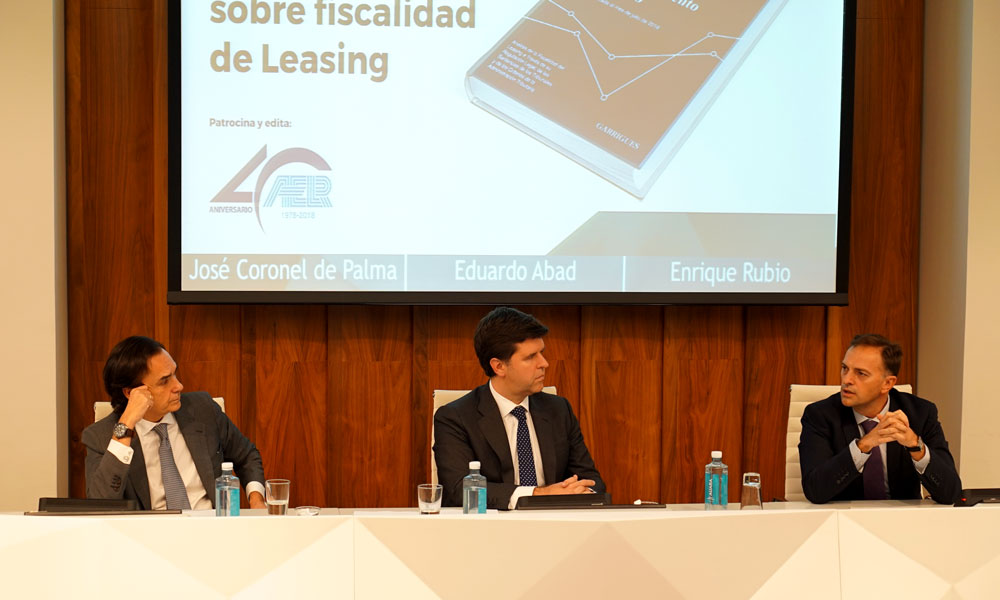