“For its outstanding contribution and generous support, which has helped improve the quality of life of families and people in desperate need.” 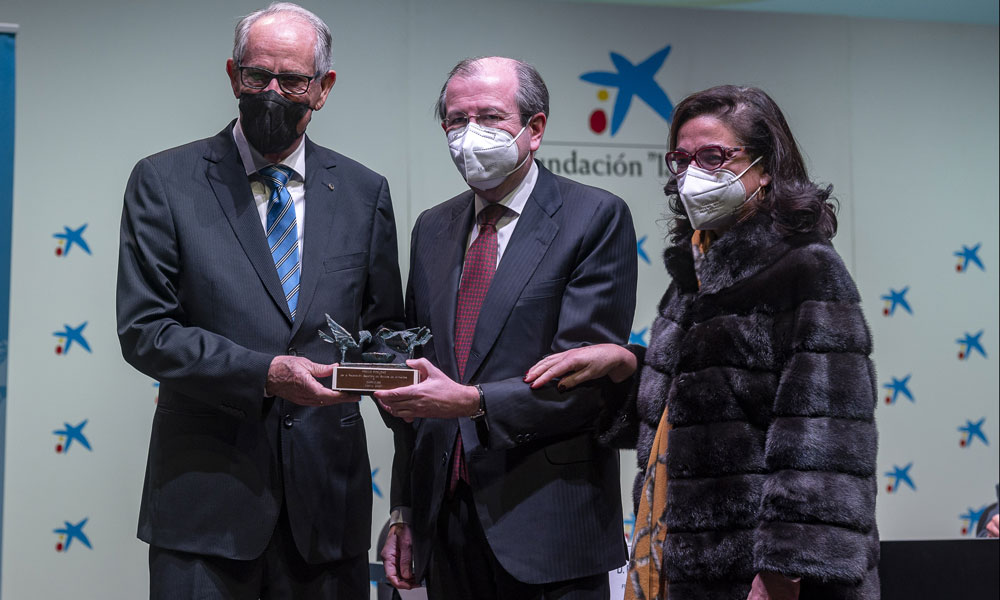 The Spanish Federation of Food Banks (FESBAL) honored Garrigues with the 2020 Espiga de Oro award for Commitment at an event held at CaixaForum in Madrid, which was presided over by Luis Planas, Minister of Agriculture, Fisheries and Food. Garrigues’ executive chairman Fernando Vives collected the award from FESBAL President Pedro Llorca.

The award is in recognition of the federation’s gratitude for the years of “outstanding contribution and generous support by the firm, which has helped improve the quality of life of families and people in desperate need.”

Garrigues has been collaborating with FESBAL on an ongoing basis since 2012 through different initiatives in which the firm’s people play a fundamental role, such as the Operación Kilo food drive at Christmas time, in which the firm matches the amount of food donated by its employees.

Garrigues also provides pro bono services to the federation in different practice areas, particularly commercial, tax and administrative law. In appreciation of this work, FESBAL previously awarded the firm the 2017 Espiga de Oro for Continued Cooperation for “its selfless collaboration and ongoing advice on tax and legal matters.”

Some of the firm’s most notable recent initiatives include the COVID-19 donation drive in 2020 and the campaign to help those affected by the eruption of the Cumbre Vieja volcano on La Palma in the Canary Islands.

Since 2003, the Espiga de Oro awards have been presented to businesses, individuals, foundations or institutions that assist the 54 food banks comprising FESBAL in their fight to help those most in need by donating food, providing services, offering the use of premises, campaigns, media outreach and charity projects.

Fellow recipients at event included companies such as Dia and Danone and media organizations such as Antena 3, Agencia EFE and COPE. FESBAL also paid special tribute to a group of volunteers who have dedicated a major part of their lives to the organization in the time they have been collaborating with it.