Brexit: A boost for international arbitration?

Brexit: A boost for international arbitration? 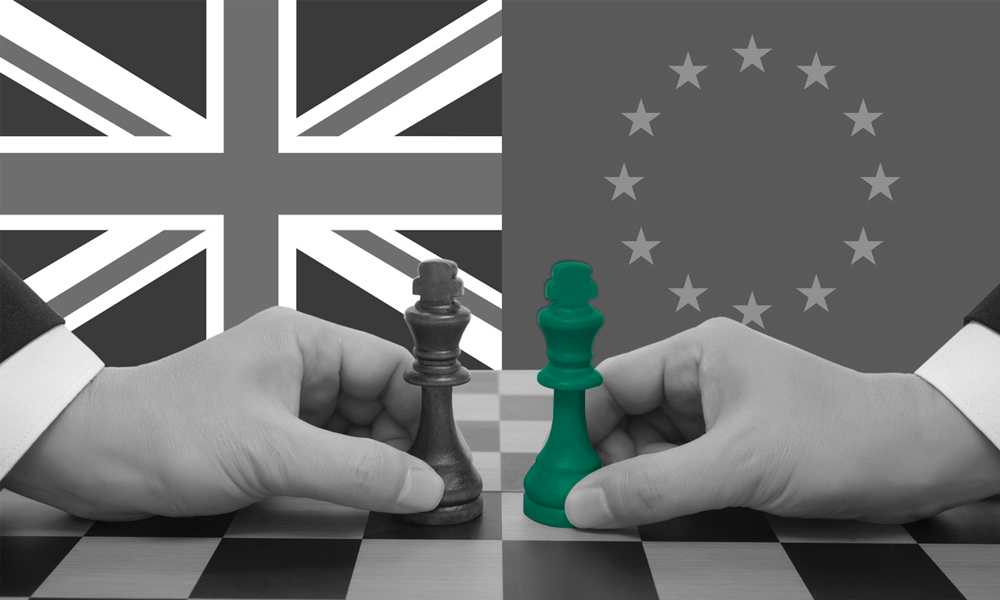 The departure of the United Kingdom from the EU will not affect the enforceability of English arbitration awards. Accordingly, in international commercial contracts, arbitration could be a more attractive alternative to litigation as it entails fewer risks to contracting parties in the new post-Brexit legal landscape.

2020 will be remembered not only for the tremendous upheaval caused by the global pandemic, but also for being the culmination of the Brexit journey. More than four years after the Brexit referendum on 23 July 2016, the UK finally left the EU at midnight (CET) on 31 December 2020.

While the UK technically left the EU on 31 January 2020, the 2019 EU-UK Withdrawal Agreement provided that EU law and rules would continue to apply to the end of the transitional period (31 December 2020, otherwise known as the Exit Date) to enable further negotiations aimed at avoiding a hard end to the UK’s relationship with Europe. Accordingly, during the transitional period EU law continued to apply to disputes with an EU element.

These further negotiations concluded on 24 December 2020 with the signing of the EU-UK Trade and Cooperation Agreement (the TCA). While the TCA provides for a harder form of Brexit than many expected or hoped for, it is nonetheless silent with respect to judicial cooperation in civil and commercial matters.

The end of the post-Brexit transition period has brought with it some changes to the ways in which the English courts and courts in EU member states co-operate with each other. The position for litigants has become more complicated as the UK (for the purposes of this article, we reference the law as it applies to England & Wales) is now treated as a third state with respect to the application of a number of significant EU legislation regulating matters of cross-border judicial cooperation, including governing and applicable law, service of proceedings and the taking of evidence in the EU.

Of particular concern in the short-term is the impact on the rules governing choice of jurisdiction and the recognition and enforcement of court judgments. The UK is no longer part of pan-European regime of the Brussels 1 Regulation (the Recast Brussels Regulation) which governed allocation of jurisdiction as between the English courts and EU member state courts in civil proceedings with a cross-border element. The UK has also ceased being a signatory to the Lugano Convention whose rules mirror those of the Brussels Recast Brussels Regulation. These regimes effectively determined which court should take jurisdiction over any given dispute, and prevented parallel proceedings before multiple different national courts. It also ensured that both the English courts and EU member state courts would recognize and enforce each other´s judgments in this context, via a relatively quick and user-friendly process.

This is no longer the case. Following the Exit Date, the Recast Brussels Regulation and the Lugano Convention regimes have been replaced by a combination of: (i) a different, less comprehensive international regime, the 2005 Hague Convention on Choice of Court Agreements 2005 (the 2005 Hague Convention); and (ii) where the 2005 Hague Convention does not apply, the local rules in each individual jurisdiction. In most cases, this new patchwork of different rules should have relatively little impact on the circumstances in which the English courts will be prepared to take jurisdiction over a matter and to recognize and enforce judgments emanating from the EU. Equally, one would expect most European courts to take a relatively similar stance in most circumstances to that which they did previously. However, there are circumstances where the new regime may give rise to a slightly bumpier procedural ride, and to some increased costs.

Arbitration sits separate from the courts. Given that arbitration was already expressly excluded from the scope of the EU legislative instruments considered above and that the framework for the recognition and enforcement of arbitral awards across borders is principally regulated under the 1958 New York Convention on the Recognition and Enforcement of Foreign Arbitral Awards (the New York Convention), the absence of any provisions of judicial cooperation under the TCA should not prove to be disruptive with respect to international commercial arbitration,

The UK's withdrawal from the EU will therefore have no effect on the enforceability of English arbitration awards. It is for this reason that, where applicable, arbitration may be a more preferable route to bringing an action and it may serve as an attractive lower risk alternative to contracting parties in the new post-Brexit legal landscape.

Arbitration and the TCA

With hundreds of new provisions regulating trade, transport, fisheries, law enforcement and more also came a new dispute settlement mechanism. Given the UK´s fundamental desire to no longer be bound by the decisions of the Court of Justice of the European Union, inter-state arbitration was the logical alternative for resolving disputes concerning the “covered provisions” under the TCA itself.

Save for some limited exceptions, the TCA is not invocable before the courts of the UK and the EU and does not create rights other than between the treaty signatories. This means that EU and UK courts will have no jurisdiction to resolve disputes under the TCA.

The TCA also includes provisions on investment protection. In terms of substantive protections, the TCA merely provides a guarantee of non-discrimination; with each party promising to provide investors of the other party with treatment no less favourable than that accorded to its own investors or to investors of a third country. It also includes a denial of benefits clause. However, in stark contrast to the other treaties the EU has recently signed, it is important to note that there are no provisions on fair and equitable treatment, full protection and security or expropriation.

Access to the TCA’s substantive protections is also restricted by the TCA’s narrow definition of “investor”, which requires substantive business operations in the investor’s home state and therefore creates an additional jurisdictional hurdle for investors to meet.

The TCA does not provide for any form of investor-state dispute settlement (ISDS) and the “most favoured nation” (MFN) clause explicitly excludes ISDS from its scope. That stands in contrast to CETA and the EU’s recent trade agreements with Singapore and Vietnam – which all provide for investor-state disputes to be resolved by a permanent investment court. Accordingly, investors who feel there has been a breach of the TCA will therefore have to convince the UK or EU to take on their case in an arbitration against the other treaty party. While investors will have the possibility to file amicus curiae submissions once an arbitration is instituted, the arbitral tribunal is not be obliged to address these submissions.

The status of the UK’s 11 remaining bilateral investment treaties (BITs) with EU member states is another area of uncertainty. They are not specifically mentioned in the TCA. While some consider that the ISDS provisions of these BITs may be found to be incompatible with EU law, others take the view that as EU law no longer binds the UK the country’s BITs with member states have effectively become extra-EU BITs and therefore remain in force.

Notwithstanding the uncertainty and concerns surrounding Brexit, London remains a major hub for the resolution of commercial disputes. English law and jurisdiction continues to remain attractive to parties wishing to resolve disputes via litigation. The advantages typically associated with a choice of English law as the governing law are not likely to be unduly diminished.

The effect of Brexit is limited to claims involving parties or assets in the EU. The main challenge would be overcoming the uncertainties regarding the recognition of jurisdiction of the UK courts with respect to proceedings instituted as from 1 January 2021 and the recognition and enforcement of judgements as a result of the loss of automatic recognition previously catered for under the Recast Brussels Regulation.

Recognition and enforcement of a UK Judgement in the EU may be possible in terms of domestic rules, but these proceedings will almost certainly entail additional costs and delay, as well as subjected to a number of procedural defences. Concerns over the smooth functioning of cross-border judgment recognition and enforcement, as well as the other issues highlighted above, may also lead to an increased shift towards arbitration as the preferred mode of dispute resolution in international commercial contracts.